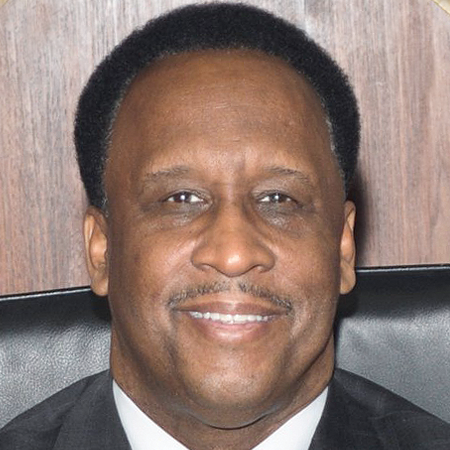 THE LATEST: Butts is overseeing Inglewood’s development boom and serving his third term as mayor after handily winning reelection last fall. His victory came despite being involved in a lawsuit filed by Madison Square Garden Co., owner of the Forum. The suit claims Butts instituted a “fraudulent scheme” to ease the path for a new arena that would house the Los Angeles Clippers. The centerpiece of Inglewood’s revitalization is the LA Stadium and Entertainment District at Hollywood Park, which is spearheaded by Los Angeles Rams owner Stan Kroenke. The stadium will open in 2020 and be home to the Rams and Los Angeles Chargers. Butts has addressed issues like rising housing costs caused by the new developments. In March, the Inglewood City Council unanimously approved a 45-day moratorium on rent increases in the city.

BACKGROUND: Prior to winning his first mayoral election in 2011, Butts served as a police officer and deputy police chief in Inglewood and as chief of police in Santa Monica.

WORTH NOTING: In 2014, Butts was reelected as mayor with more than 83% of the vote — the highest margin of victory in Inglewood’s history.