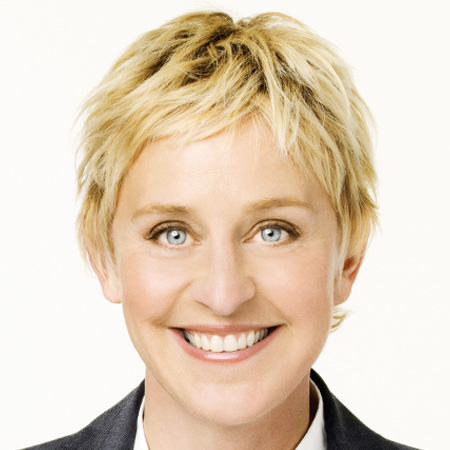 Ellen DeGeneres is an actress, comedian and entertainment star whose distinctive comedic voice has resonated with audiences on television, in film and in the literary world. DeGeneres has made a home for herself in daytime with her hit syndicated talk show, “The Ellen DeGeneres Show,” entering its 16th season. The show has earned 59 Daytime Emmy Awards, including 10 for Outstanding Talk Show/Entertainment, crowning it the record holder in this category. DeGeneres also has announced her return to stand-up comedy after a 15-year hiatus with a highly anticipated Netflix original comedy special. DeGeneres has had success in prime time with her fan-favorite NBC game show, “Ellen’s Game of Games,” returning for a second season in winter 2018-2019.