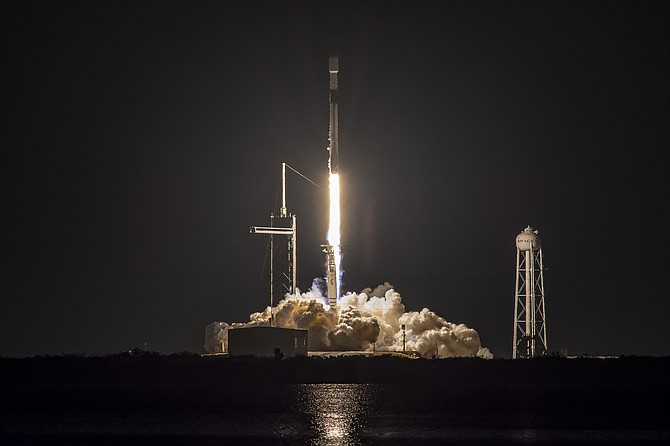 Space Exploration Technologies Corp. launched another 60 Starlink satellites into orbit on March 14, successfully completing its second launch in a three-day span and its eighth mission of 2021.

The rocket manufacturer also reached a new milestone for its reuse of first-stage rocket boosters. Just under three minutes after liftoff from the Kennedy Space Center in Cape Canaveral, Fla., the rocket’s first stage separated from the upper stage and returned to Earth. SpaceX successfully landed the booster aboard a drone ship stationed in the Atlantic Ocean.

It was the ninth time that this particular first-stage rocket had been used in a launch — a new record for SpaceX, which relies on its reusable rocket components to keep its prices low in a competitive launch market.

The company reportedly aims to launch at least one more Starlink mission before the end of March, with well over a dozen likely to launch over the course of 2021.

The internet service provided through Starlink is currently in beta testing in parts of North America and the United Kingdom, with testing expected to expand into new regions throughout 2021.

SpaceX submitted forms last week to the Federal Communications Commission seeking approval to make the service available on large moving vehicles like ships and trucks. The company has also billed the service as a potential solution for customers living in areas where high-speed internet access is currently limited.

The FCC announced plans last year to provide SpaceX with nearly $900 million in subsidies to make Starlink service available to residents of rural areas in the United States.