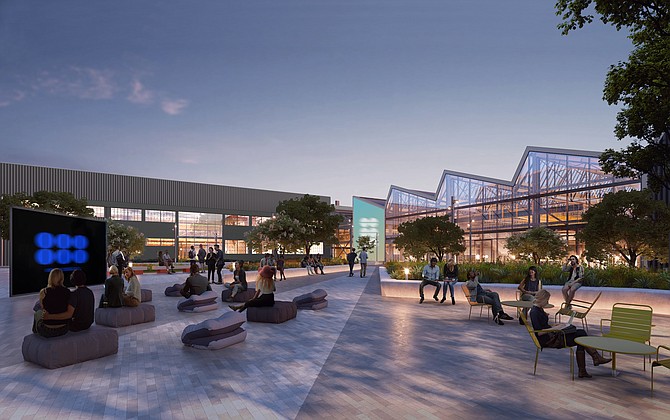 Downtown’s first-quarter office vacancy rate rose to 18.8%, up from 18.3% the previous quarter and 16.6% the previous year. There was 116,000 square feet of office product under construction during the quarter and negative 154,218 square feet of space was absorbed in the market. Asking rents were steady year over year and up 1 cent quarter over quarter to $3.86 a square foot.

TRJLA purchased a development site at 717-759 N. Hill St. in Chinatown from Pacific Alliance for $19 million.

The Westside office vacancy rate increased to 14.2%, up from 12.6% the previous quarter and 8.7% the previous year. Marina del Rey had the highest vacancy rate at 35.4%, Century City had the lowest at 9%. The asking rate for Class A space on the Westside was $5.63 a square foot, down 1 cent from the previous quarter but up 1 cent from the previous year. There was 2.9 million square feet of office space under construction, including 1.1 million in Culver City and 1.8 million in West L.A. There was 716,734 square feet of negative net absorption on the Westside during the quarter.

Santa Clarita Valley’s office vacancy rose to 18.7%, up from 17.8% the previous quarter and 13.2% the previous year. Net absorption was negative 15,037 square feet and there was no new office product under construction. Asking rents rose 1 cent year over year and held steady quarter over quarter to $2.82 a square foot.

CGI Cos. purchased a portfolio of six multifamily properties with 141 units on Walnut Street in Santa Clarita for $30.8 million.

Lennar Corp. purchased 24 acres of land in Santa Clarita from an individual for $18.4 million.

The San Fernando Valley’s office vacancy rate rose to 17.1%, up from 16.4% the previous quarter and 11.7% the previous year. Rents decreased 7 cents year over year but held steady quarter over quarter at $2.95 a square foot. Net absorption was negative 406,063 square feet and nearly 309,673 square feet was under construction.

Hope of the Valley Rescue Mission purchased a skating rink at 18140 Parthenia St. in Northridge from Christian Foundation of America for $7 million.

First-quarter office vacancies increased in the Tri-Cities submarket of Burbank, Glendale and Pasadena to 14.4%, up from 13.6% the previous quarter and 11.5% the previous year. Negative 184,228 square feet was absorbed in the quarter while more than 1 million square feet was under construction. Rents increased 2 cents quarter over quarter but fell 4 cents year over year to $3.58 a square foot.

California Community Housing Agency purchased Next on Lex, a 494-unit complex in Glendale from Cypress Equity Investments for $290 million.

Veritas Investments Inc. purchased the eight-property Westside Collection, which included a building in Mid-Wilshire, from an individual for $75.7 million.

Dalan Management purchased a portfolio of three multifamily properties with 115 units in Koreatown from an individual for $17.5 million.

Elim Associates Inc. purchased a medical office building at 2970 W. Olympic Blvd. in Koreatown from an individual for $15.3 million.

An individual purchased a 141-room Holiday Inn at 9920 Valley Blvd. in El Monte from California Investment Regional Center for $35 million.