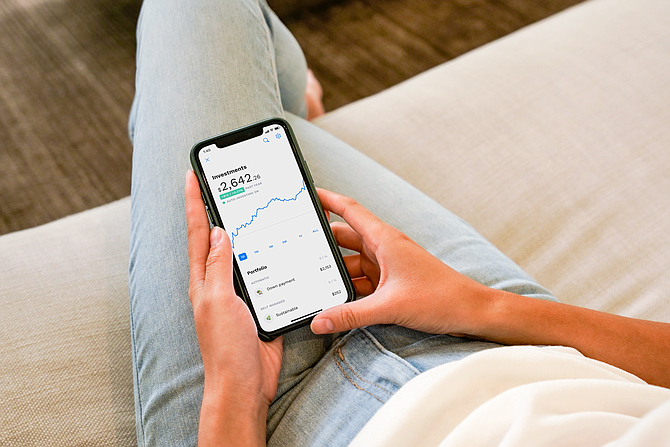 Albert Investments has seen a significant increase in users since the pandemic began.

Although the market crash on March 18 hurt many investors, it also convinced plenty to enter the market and begin investing for the first time.

This trend has been reflected in the rising popularity of fintech apps during the pandemic, particularly among young adults. Although the economic downturn is attracting investors from all age groups, market experts have noted a large portion of new investors appear to be from younger demographics.

Since the arrival of Covid-19, Culver City-based Albert Investments has reported increased activity in its financial management app Albert.

Common concerns among Albert Investments users include finding stocks with the highest growth potential during Covid-19.

“There are a lot of coronavirus-related questions (from app users),” said Floyd Miller, director of research and development at Albert, adding that Albert had seen strong interest in biotech stocks.

Miller said many questions submitted by users in the past few months suggest increased interest in investing.

Common concerns, he said, include finding “the best stock to invest in,” and stocks with the highest growth potential during the pandemic.

According to an Albert spokesperson, “during early parts of the pandemic (the app) saw a huge spike” in its Genius feature, which allows users to send questions to professional financial advisers.

“We had a really healthy growth rate regardless, so not all the recent sign-ups can be attributed to Covid. But we have seen an uptick in activity,” said an Acorns spokesperson.

On March 18 — “the second-worst day in market history” according to Acorns’ analytics team — the company added 9,800 users, its largest one-day increase.

Acorns Chief Executive Noah Kerner had several theories about his company’s growth during the pandemic.

“Every downturn in history has ended in an upturn,” Kerner said, attributing the influx of users to people attempting to take advantage of an eventual market upturn. “Pulling your money out of the market when it’s down means you lock in losses. Last time I checked, nobody likes losses.”

Kerner also said he believed the market crash was a “wake-up call” for people who weren’t previously investing or saving for the future, noting that only 31% of Americans have an emergency fund of at least $1,000.

New York-based financial management app developer Betterment also recorded a rise in activity. Its app saw a 25% increase in investment accounts opened during the first quarter of 2020 compared to the same period a year earlier.

“We have a large number of younger people who have opened up accounts and are getting started with investing,” said Dan Egan, Betterment’s managing director of behavioral finance and investing. On its website, Betterment reports that more than 60% of the app’s customers are millennials.

Egan said he believed shifts in the labor market were partly responsible for the company’s intake of new users.

“If you continue to be employed, you tend to not have a lot of time on your hands,” Egan said. “Gen Z and millennials were much more impacted by job losses and (there’s) a need to supplement income,” he said, adding that 33% of millennial and Gen Z workers lost their job due to Covid-19, compared to the 9% of Gen X workers.

“If you are unemployed, there’s a lot more time,” he added.

Some financial experts have expressed concern about the growing number of young investors who may be exposed to elaborate trading options on fintech apps despite an incomplete understanding of the market.

Robinhood Financial, a Menlo Park-based fintech app, recently stirred controversy for its large base of young or inexperienced traders. After netting an $8.3 billion valuation in May and reaching 13 million customers — half of whom are first-time traders, according to Robinhood — the company came under fire in June when a 20-year-old user committed suicide after mistakenly reading a negative balance of $730,000 on his Robinhood account.

Caleb Silver, editor-in-chief of Investopedia, has concerns about welcoming young traders into the market, particularly in the realm of fintech.

“It’s dangerous when we see young people or any people without any experience entering the market with the intention to trade ... There’s a big difference between trading and investing,” said Silver, who defines investing as having a balanced and diversified portfolio, as opposed to selling assets on a daily or weekly basis.

“The data suggests that most of (young adults) are getting in to trade the market,” Silver added. “It’s a pretty dangerous time, and people can stand to lose a lot of money.”

According to William Yu, an economist at UCLA’s Anderson School of Management, “It’s not a good idea (for young adults) to get involved in daily trading.”

Albert’s Miller, who has worked in the finance sector since 2015, said young investors are more likely than investors of other ages to react emotionally to changes in the market.

That’s one of the reasons why Miller is skeptical of what he calls an “investing-only” mindset, especially for young adults.

“I think that we’re irrational people, and investing-only mindsets capitalize on this irrationality,” Miller said. “A lot of our users will think of investing as this lottery ticket. We had to explain to them: Yes, investing has ... a lot of rigor and science built into it, but if you’re just investing, and you haven’t built a foundation, it puts you in a really precarious position.”

“People hear the really wild success stories about investing, and they think they’re going to get into Tesla, and (the stock) is going to zoom up, or they’re going to stumble on the next Amazon or something,” Miller added, “which could totally happen, but there are also people who dedicate their careers to finding the next big thing, and they don’t even know what to pick next.”

Despite the risks, experts believe investing apps will continue to grow and could even be acquired by larger brokerage firms.

Investopedia’s Silver noted that online brokerage platform Charles Schwab Corp. purchased TD Ameritrade in 2019. He said, “I think we’re going to see a lot of consolidation in the fintech space.”

“Successful fintech and online trading/investing apps, they will likely be acquired or they will consolidate into three or four big (companies). That’s the nature of the industry,” Silver said.

In anticipation of future growth, Silver also added that he believed fintech apps could be improved with a greater volume of educational resources for new users.