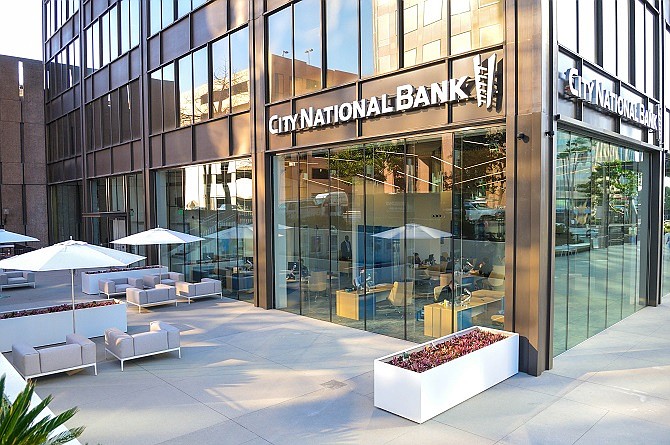 Compared to many regional and local institutions, City National Bank is a high-tech operation.

It has acquired or built a slew of financial technology — or fintech — platforms over the last decade. The downtown-based “Bank to the Stars” has pushed into the digital age with a growing technology portfolio tailored to the entertainment finance space.

But City National knows its customers aren’t measuring the company’s digital innovations against other banks’ technology.

Instead, the bank says, its clients are comparing its digital platforms to their experiences with internet companies like Amazon.com Inc.

“They want to know what that ‘one-click purchase’ is for banking,” said Linda Duncombe, City National’s chief marketing, product and digital officer. 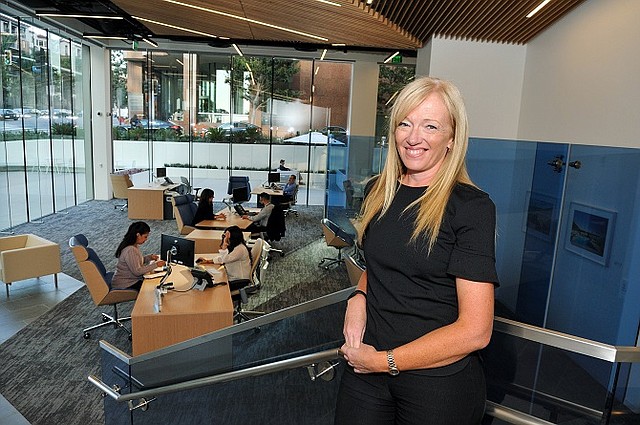 Banks the world over are increasingly being held to the same standards as internet giants and nimble fintech startups.

The move has driven a shift in the mindset of the banking industry. Major institutions are now looking beyond their own walls for expertise, partnerships and inspiration to keep up with rapidly evolving consumer demand.

“Even four or five years ago, everyone (in the banking industry) was thinking that all the answers had to come from within,” Duncombe said. “Now we’re looking at outside companies to learn from and as partners.”

The virtual card is expected to plug into City National’s accounting platform for business managers, itself developed by a local fintech acquired by the bank in 2010.

These types of partnerships — and banking’s generally deepening ties with the tech industry — are becoming increasingly common as banks look to tap into the innovative fintech ecosystem.

“We have a highly symbiotic relationship with the fintech community,” said Nikki Katz, the Los Angeles-based head of digital strategy for Bank of America Corp. 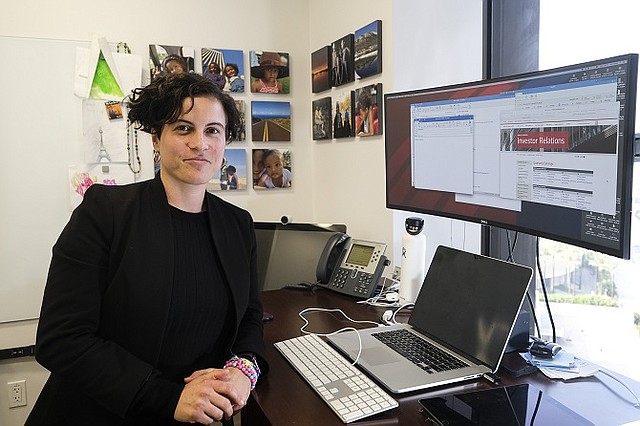 “Fintechs do a good job of spotting specific gaps or opportunities,” she said. “Banks are focused on building a reliable platform.”

Katz says her company frequently hires from the fintech community and aims to see a healthy exchange of talent between the sectors.

The digital strategy lead added that Bank of America also looks to a range of other industries for both recruitment and inspiration.

“Some of the folks we have brought on have backgrounds in ecommerce, retail, entertainment or health care,” she said.

Katz, a former technology executive at Walt Disney Co., said this cross-pollination was essential to meet consumer demands that are increasingly being shaped by experiences outside the banking industry.

“Consumers look to our services with the same set of expectations they have from their music and other apps,” she said.

Even in the face of these ever-evolving requirements, however, some fintech experts say most major innovations in the digital finance space are unlikely to come from banks.

“There are a lot of institutional barriers that make that (innovation) hard,” said Ian Kar, fintech industry veteran and author of the Fintech Today newsletter.

The former fintech consultant and project manager pointed to the example of San Francisco-based Chime Financial Inc., which offers a debit card with “fee-free” overdraft services. When the user’s account balance drops below zero, the company issues what amounts to an interest-free microloan of up to $100.

“Banks have no incentive to do that because they make a lot of money off of overdraft fees,” Kar said.

The Chime example also highlights the mutual dependence between traditional banks and fintechs, he said. Despite its image as a freewheeling unicorn, the company’s account deposits are kept in a third-party traditional bank to ensure they are insured by the Federal Deposit Insurance Corp. — an arrangement that’s standard among fintech startups that offer banking services.

While banks can derive sizable revenue streams from these types of support services, Kar says they face the danger of losing their customer relationships over time. With limited client engagement, they could be left in a difficult position if the fintechs decide to cut them out altogether.

“Ten years down the line, what’s to say that Chime doesn’t use some of its capital to get a (bank) charter,” Kar said,

Fortunately for banks, most major institutions appear unwilling to relinquish even the smallest portion of their consumer relationships. Both City National and Bank of America have poured vast amounts of time and resources into fine-tuning their respective mobile apps and other client-facing platforms.

Like many leaders in their space, the two institutions are working to streamline and drive routine transactions through self-service digital platforms where possible.

Their goal is to not only meet customers on their preferred channels, but to free up staff to focus on personal relationship-building and assistance with more complex transactions. Both City National’s Duncombe and Bank of America’s Katz said fintech partnerships were key to these efforts.

“We’ve always believed that banks and fintechs operate in a complementary fashion,” Katz said. “These are different types of companies, and there is room for both.”