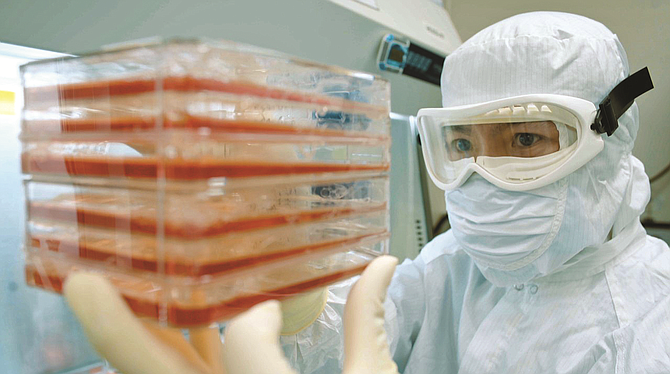 Capricor shares surged 253% on April 29 after positive test results for a drug to treat Covid-19.

Five of the top 10 and seven of the top 15 percentage gainers in share price on the list of 121 publicly traded companies were in the bioscience/pharmaceuticals sector.

All five of those top 10 percentage gainers saw their market capitalization more than double between June 2019 and June 2020.

What’s more, four of the top 10 and six of the top 15 gainers in rank came from the bioscience/pharmaceuticals sector.

This share price surge was in part due to investor enthusiasm for bioscience and pharmaceutical companies nationwide.

“Biotech specifically was the best performing subgroup within health care and in the broader markets for that matter,” said Sahak Manuelian, managing director and head of equities trading for downtown-based brokerage firm Wedbush Securities.

Several of L.A.’s publicly traded companies left that average gain in the dust. 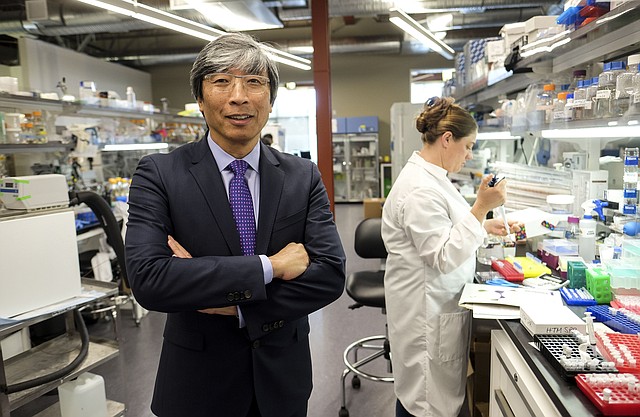 Brentwood-based CytRx Corp., enjoyed a 108% increase in its market cap.

Westlake Village-based MannKind Corp. and Pasadena-based Arrowhead Pharmaceuticals Inc. were also among the major bioscience gainers, each with market cap jumps of about 75%.

Most of these companies exhibited one trait in common over the past 12 months: the ability to shift their focus to the Covid-19 pandemic.

“These companies are taking existing projects they’ve been working on and are pivoting them toward coronavirus applications,” said Ahmed Enany, chief executive of the Southern California Biomedical Council, a downtown-based trade group.

And this agility has caught the attention of investors, who were eager to buy shares of any company showing promise in the fight against Covid-19.

“Biotech innovations are at the core of our fight against current pandemic, where we are particularly seeing a renaissance of a previously overlooked subsector within health care, infectious disease therapeutics and vaccines,” said Mayank Mamtani, senior biotech research analyst and group head of health care research in the San Francisco office of Sawtelle-based B. Riley FBR Inc.

NantKwest shares spiked in May when that company and ImmunityBio Inc. — another privately held Soon-Shiong business — announced they were participating in Operation Warp Speed, the Trump administration initiative to provide funding for fast-track development of vaccines to combat Covid-19.

Both companies are developing a drug using an altered form of adenovirus (one of the viruses that causes the common cold) to force the body’s immune cells to produce antibodies to fight the coronavirus that causes Covid-19.

Work on this vaccine grew out of the companies’ effort to use an immune system booster to treat cancer. Indeed, an even larger spike of 91% in NantKwest shares occurred in January when the two companies announced that their immunotherapy drug had resulted in successful treatment for pancreatic cancer in a single patient.

Likewise, shares of Capricor Therapeutics surged 253% on April 29 after the company announced positive test results for a drug to treat Covid-19 that it tested on a small group of Covid patients.

That drug has been the company’s lead candidate to treat Duchenne muscular dystrophy, a progressive disorder found primarily in children that causes muscles to become weaker over time. After Covid-19 hit, Capricor quickly pivoted its target research market to that disease.

In May, Fulgent’s stock rose 12% when it received emergency use authorization for its Covid-19 tests from the Food & Drug Administration. Then Fulgent secured a key contract as the principal Covid-19 testing lab for the Los Angeles County Department of Public Health.

MannKind shares spiked 17% after the announcement. But MannKind’s shares rose even more — 50% in 10 days in mid-June — after a development not related to Covid: The company had announced positive test results for Afrezza at a meeting of the American Diabetes Association.

That growth was largely due to licensing and collaboration agreements inked earlier last year with the Janssen Pharmaceuticals unit of New Brunswick, N.J., pharma giant Johnson & Johnson. Arrowhead did announce in May that it had started a drug development program to address Covid-19 but has offered no further details.