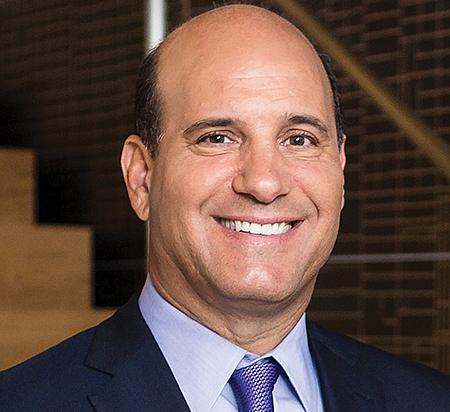 THE LATEST: Burke’s giant Century City-based engineering company is working with Turner Construction Co. on the new $2.6 billion football stadium in Inglewood, which will be home to the Los Angeles Rams and the Los Angeles Chargers. There are also reports AECOM and Turner could be up for another stadium project in Inglewood, the potential home of the Los Angeles Clippers when their lease at Staples Center expires in 2024. AECOM is the construction manager for the Related Cos.’ Grand in downtown. Designed by Frank Gehry, the $1 billion mixed-use project recently broke ground. AECOM also worked on the design of the Gordie Howe International Bridge, currently under construction, which will connect the United States and Canada in a 1.5-mile span over the Detroit River.

BACKGROUND: Burke has been with AECOM since 2005 and was named chief executive in 2014. He directed the company’s 2007 initial public offering and led its $6 billion acquisition of URS Corp. in 2014. Burke previously served as western area managing partner at accounting firm KPMG, which he joined in 1990.

WORTH NOTING: AECOM is a multinational company with 87,000 employees and infrastructure projects in more than 150 countries. The company’s market cap is $5.2 billion