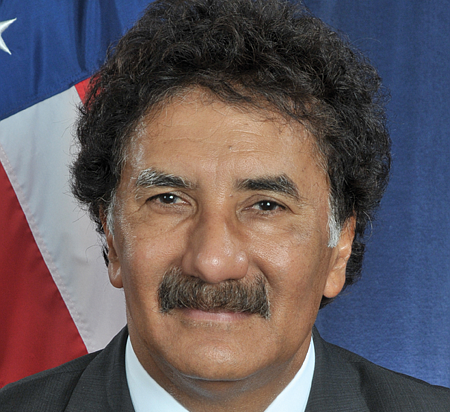 THE LATEST: Cordero oversaw a record-breaking year in 2018 when the port handled 8 million containers — a 7.2% year-over- year increase. In April, a consortium led by Australian investment firm Macquarie Group Ltd. agreed to purchase for $1.78 billion the rights to run the Long Beach Container Terminal.

BACKGROUND: Before joining the Port of Long Beach as executive director in 2017, Cordero served on the Federal Maritime Commission. He was appointed to the commission by President Barack Obama in 2011. Prior to that, Cordero served on the Long Beach Board of Harbor Commissioners for eight years. Previously, he spent more than 30 years practicing law, with a focus on workers compensation cases.

WORTH NOTING: Cordero was named vice chairman of the board for the American Association of Port Authorities in 2018 and previously served as an executive board member on AAPA’s Latin America delegation.