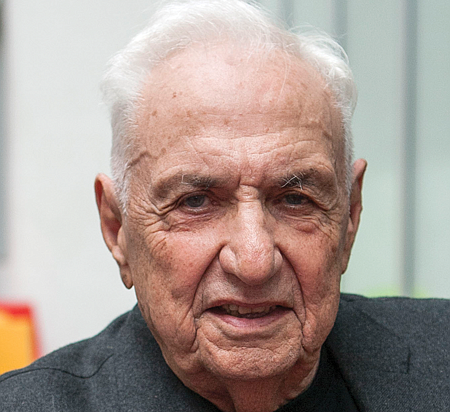 THE LATEST: When Gehry’s stainless steel-clad Walt Disney Concert Hall opened in 2003, it became emblematic of downtown’s revitalization. In 2021, a new Gehry design, The Grand, will debut downtown. A $1 billion mixed-use project, it will feature more than 176,000 square feet of retail space, a 39-story residential tower, a hotel, movie theater and a public plaza.

BACKGROUND: Gehry is known for his innovative, unconventional designs, many of which use new materials and are often described as sculptural rather than structural. His firm employs 3D computer modeling created for the aerospace industry to develop its designs, which include academic, commercial, museum, performance and residential spaces around the world. Each project is designed and directed by Gehry.

WORTH NOTING: The 90-year-old Pritzker Prize-winning architect established his practice — eventually known as Gehry Partners — in 1962 in Los Angeles.