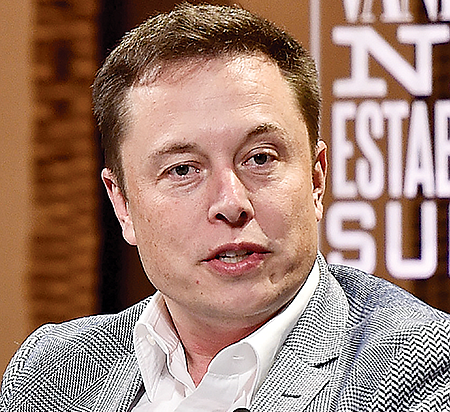 THE LATEST: Musk agreed in September to step down as chairman of Tesla and have his Twitter posts pre-approved by a lawyer as part of a settlement with the Securities and Exchange Commission. Musk’s tunnel-transportation business, the Boring Co., was tapped by the Las Vegas Convention and Visitors Authority for an underground people mover at the Las Vegas Convention Center. The city of Chicago also signed Musk’s company to create an express tunnel between downtown Chicago and O’Hare International Airport.

BACKGROUND: Musk co-founded electric-car manufacturer Tesla Motors Inc., where he is currently chief executive, in 2003. He founded space transportation company Space Exploration Technologies Corp., or SpaceX, the year before and serves as its chief executive and lead designer. In 2016, Musk launched tunnel-construction business Boring Co., which aims to fix congestion in cities by creating a large network of tunnels.

WORTH NOTING: Musk co-founded and sold PayPal, a leading internet payment system, and Zip2, a company that provided maps and directories.