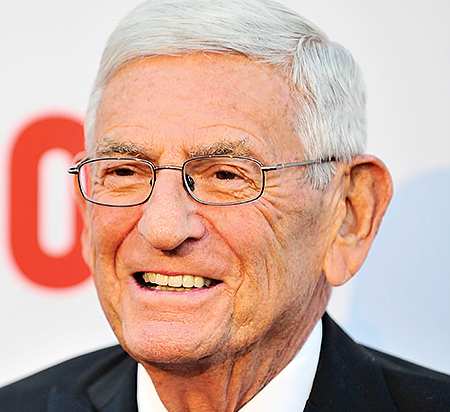 THE LATEST: In January, Broad and his wife, Edythe, awarded $1 million to Providence Saint John’s Health Center to establish the Center for Robotic Joint Replacement. Broad also contributed $250,000 in support of Measure EE, a Los Angeles Unified School District proposal to raise $500 million annually through a parcel tax set for the June ballot in L.A.

BACKGROUND: A business leader, art collector and philanthropist, Broad built two Fortune 500 companies, homebuilder KB Home and insurance firm SunAmerica Investments Inc., which was acquired by AIG. Broad and his wife then turned their focus to philanthropy as founders of the Eli and Edythe Broad Foundation and the Broad Art Foundation. The Broads have given $4 billion to education, science and the arts, and were among the first to sign the Giving Pledge — a commitment to donate 75% of their wealth during their lifetimes. With a net worth estimated at $7 billion, Broad was No. 6 on the L.A. Business Journal’s 2018 list of Wealthiest Angelenos.

WORTH NOTING: Broad retired from the Broad Foundations in 2017, leaving the foundation in the hands of Gerun Riley, who was named president in 2016.