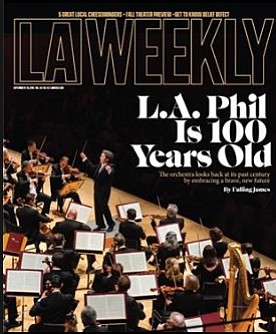 A judge denied Sept. 18 LA Weekly publisher Brian Calle’s attempt to take out of the public record a lawsuit that LA Weekly co-owner David Welch filed against Calle and other LA Weekly investors.

Los Angeles County Superior Court Judge James Chalfant made the ruling in court after oral arguments, according to Rory Miller, an attorney for Welch.

Calle and his co-defendants, who operate under Semenal Media, argued that Welch violated business confidentiality provisions by stating who owned what percentage of the LA Weekly in Welch’s complaint.

But Chalfant stated, according to Miller, that such information was bound to become public during any business ownership litigation.

Chalfant also concluded there was not enough evidence to show that Welch worked in a legal, and not ownership, capacity in his Semanal Media work.

Calle and other LA Weekly investors brought on Welch, a lawyer who specializes in cannabis transactions, to prepare the company’s legal incorporation.

Calle’s failed attempt to seal the motion comes three weeks after Welch filed his lawsuit. The complaint accuses Semenal Media of breaching its fiduciary duty to Welch as well as reneging on contractual agreements.

A message left with Calle was not returned.

Welch, who used to be listed on the LA Weekly masthead as its chief operating officer, accused Calle of “breathtaking incompetence, self-dealing and fraudulent intention.”

There is a 5 percent membership interest in the company that, according to the lawsuit, “has yet to be issued to any current or new members.”