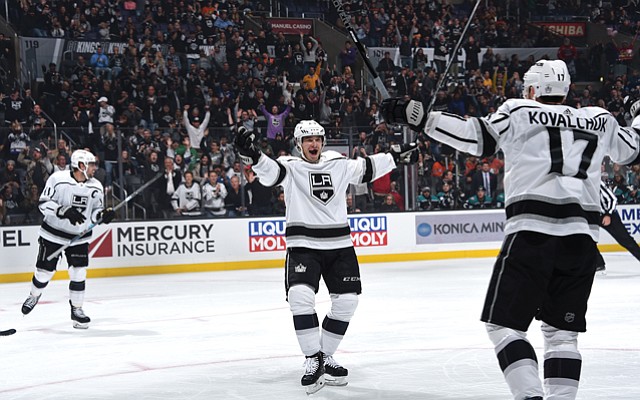 The most immediate effect of Walt Disney Co.’s purchase of 21st Century Fox Inc. will not be felt at film studios or broadcast stations but at cable sports networks strewn across the United States.

Four months after the U.S. Justice Department ordered the Burbank-based entertainment giant to divest of Fox’s 22 regional sports networks as part of its $71.3 billion acquisition, a buyer has not emerged for the channels, which include Fox Sports West and Fox Prime Ticket, both headquartered in downtown Los Angeles.

Lachlan Murdoch, Fox’s executive chairman, told The New York Times Nov. 1 that Fox might buy back the channels, but he did not elaborate, and Fox along with Disney declined comment for this article.

Disney’s purchase of Fox, and subsequent divestment of the sports channels, is expected to happen in the first six months of 2019.

Who buys the channels is more than a parlor game, media experts say, but could reconfigure the sleepy yet profitable world of regional sports networks.

Analysts cited Amazon.com Inc. and Sinclair Broadcast Group Inc. as contenders to buy all the channels. But some networks could be sold separately to private equity firms or even local sports teams.

“There are lots of ways of carving up these deals,” said Neal Pilson, president of consulting group Pilson Communications Inc. and the former president of CBS Sports Inc.

There is a lot of interest from buyers, Pilson added, because the industry is “very stable.”

The networks are a cash cow for sports team owners, who sell broadcasting rights for sums that largely depend on market size.

The National Basketball Association’s Los Angeles Clippers, for example, get a reported $55 million per year for Prime Ticket to televise most of the team’s regular season games.

Fox appears to get a steady return on its investment.

The networks had a combined $1.9 billion in 2017 earnings, according to research firm MoffettNathanson, before interest, tax, depreciation and amortization.

Research firm Guggenheim Securities valued the regional sports networks at $22.4 billion in a 2017 report, or 33 percent of the total $68 billion in assets Disney is set to purchase from Fox, properties that include the 21st Century Fox studio, Fox’s 30 percent stake in Hulu and FX cable networks.

“That high valuation seems correct,” said Alan Wolk, president of consulting firm TV Rev. “Casual fans watch ESPN, but fans of a particular team watch the regional sports networks and are far more likely to reliably tune in. It’s the difference between being a basketball fan and being a Clippers fan.”

The Kings are currently on Fox Sports West, which pays $21 million each year to broadcast their games, according to the team.

The Lakers, meanwhile, are televised by Charter Communications Inc.-owned Spectrum for a reported $200 million a year in a deal that started in 2011.

Teams may change networks, but the 1980s era programming of regional sports networks, according to Pilson, set a template that has changed little.

Most production costs go to the packaging – on air-talent and video camera crews – to cover the local team’s game. The network’s other hours are filled with low-budget fare, from video feeds of radio call-in shows to hunting and fishing programs, to simply reairing the previous night’s game.

In the mid-1990s, Fox bought a controlling stake in both Prime and Sports Channel, which launched networks in the late 1970s initially to show New York Islanders hockey games.

According to the DOJ complaint filed in June to stop Disney from buying the regional sports networks, the Fox channels today have 61 million subscribers and the rights to telecast 48 percent of U.S. professional sports teams in the NHL, NBA, and Major League Baseball.

To many observers’ surprise, Disney immediately agreed to withdraw its bid to buy the regional sports networks and assented to sell the channels within 90 days of closing its Fox purchase.

“It was a head scratcher,” said Wayne Friedman, editor at trade publication MediaPost. “Someone at Disney miscalculated.”

Friedman suggested Fox could buy back the networks, particularly since the new Fox will keep other sports properties including the Fox Sports One network.

Lachlan Murdoch and his brother James Murdoch, Fox’s chief executive, released a joint statement after Disney’s agreement with the Justice Department that the regional sports networks, “Are an incredibly strong asset offering television’s most valuable content.”

Friedman and others also said the networks could be the next buy for Seattle retail and media colossus Amazon.com Inc. Amazon Prime currently airs Thursday night National Football League games.

Wolk also mentioned Hunstville, Md.-based Sinclair as a contender. Sinclair’s attempt to further extend its reach unraveled in August, when Tribune Media Co. pulled out of Sinclair’s acquisition of the company.

Amazon declined comment, and messages left with Sinclair were not returned.

Another possibility is that different companies buy different networks.

Disney could maximize its sale profits this way, Pilson said, and from the buyer’s side, there are “not terrific efficiencies” with buying the networks in bulk.

“You cannot staff your Atlanta regional sports network with people from Phoenix,” Pilson said, adding that networks usually depend on regional advertising partners, such as local car dealerships.

It could also lead to select, well-capitalized sports teams, Wroan said, partnering with a financial investor “to exploit their own revenue stream.”

Many teams might not be currently maximizing TV profits because of long-term contracts they sign with regional sports networks that do not account for climbs in sports revenue, Wroan added.

There are reports the New York Yankees might take back a controlling share of Fox’s YES Network, and of which the Yankees previously had a majority share.

“It provides the team with a very direct way to reach their fans,” Wolk noted.