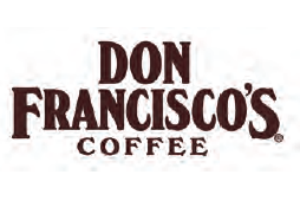 The Gaviñas are a true coffee dynasty with almost 150 years of experience as growers and roasters. When the Brothers José María and Ramón Gaviña left their native Basque region of Spain in 1870, they settled in the fertile mountains of southern Cuba and planted the seeds of what would become Gaviña Gourmet Coffee.

Francisco Gaviña was born on the family coffee estates. As a boy, he worked in the fields with his father, learning the secrets of growing quality coffee. He spent hours helping sow the seeds and urging the little plants to grow. In 1967, the family founded their coffee roasting business in Los Angeles. Today, the Gaviñas carry on the dream in a state-of-the-art coffee roasting facility just a few blocks from the original building.

F. Gaviña & Sons is now led by Francisco’s sons, Paco, Pedro and José, and his daughter, Leonor Gaviña Valls. Like their father, they grew up on the plantation and learned about coffee in the fields. The new generations still personally select beans, cup samples, and oversee the specialty coffee roasting and production every day.

As an immigrant family who has achieved the American dream, the Gaviñas understand the importance of education and assimilation. Therefore, the company offers its employees English and Spanish classes, as well as acculturation and citizenship courses.

The Gaviñas support over 300 charities. Leonor is actively involved in several non-profit organizations and is a member of the board of directors of Alzheimer’s Los Angeles and the International Women’s Coffee Alliance