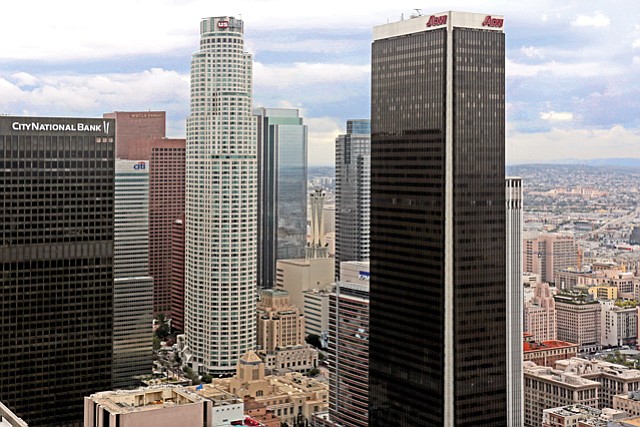 The Chicago School of Professional Psychology signed a lease last week to relocate its Los Angeles campus to a 62-story office building downtown.

The Chicago School, whose campus has been located at 617 W. 7th St. since 2008, is a not-for-profit, accredited institution with more than 4,200 students at campuses in Chicago, California, Washington, D.C., and online.

The Los Angeles campus, which has more than 650 students, is the school’s second largest physical campus after its home base in Chicago.

Aon Center, located at 707 Wilshire Blvd., is a 1,115,228-square-foot office tower downtown with tenants such as professional services firm Aon Corp. and law firm Morrison & Foerster. The property occupies two-thirds of a city block between Wilshire Boulevard and W. 6th Street along S. Hope Street in the Financial District.

“We love the downtown district and wanted to stay here,” said Michele Nealon-Woods, president of The Chicago School, in a statement. “We wanted a location that attracted the diverse student and employee populations we feel are necessary for a complete educational experience, and the new location fits our needs.”

The school also has a campus at 4199 Campus Drive in Irvine.

Costa Mesa-based Mogharebi Group announced Nov. 8 that it brokered the sale of Twin Palm Apartments in Pomona for $10.4 million to W Mission Blvd Multi, an LLC that incorporated in Manhattan Beach in August.

W Mission Blvd. Multi is a consortium of investors, according to Otto Ozen, of Mogharebi Group.

According to CoStar Group Inc., the owner of W. Mission Blvd is Elizabeth Hagins.

The 54-year-old property, which was sold by a San Gabriel Valley-based investment group, is located at W. Mission Blvd., and it sold at $125,300 per unit or $337 per square foot.

“Due to the low price per unit, solid cash-on-cash return, and proven rental growth, the buyer pool was large,” said Ozen, an executive vice president at Mogharebi Group.

R4 plans to use the funding to acquire, renovate and preserve low-income apartment housing.

It recently completed work on Verdes del Oriente, a 113-unit subsidized garden apartment complex in San Pedro, near the entrance to the Port of Los Angeles.

The clothing distribution company, Hot Chocolate Inc., had purchased the 60,000-square-foot building at 1100 W. Walnut St. in 2015 for $7 million. The property is close to the 91 Freeway and has a loading dock with seven total loading bays, according to the Terreno announcement.

Daum Commercial Real Estate Services brokers Alex Nagel, Matthew Boggs and Casey Mungo represented both the buyer and the seller in the transaction.