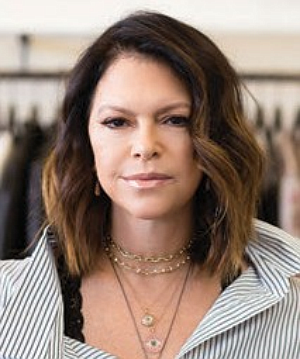 Over the years, Elyse Walker has built a reputation as a sharp stylist and buyer with an eye for color and proportion. Walker grew up in retail, working from age 14 in her parents’ Capretto shoe stores in Scarsdale, N.Y., and Manhattan. After graduating from Columbia University (with a degree in applied mathematics), she opened her own Capretto boutique on Madison Avenue in 1987. Then in 1995, her husband’s job brought them to the West Coast, where they settled in Pacific Palisades. Recognizing the need for a high-end store on the Westside, she opened her 800-square-foot boutique on Antioch Street in 1999, selling clothing by L.A. labels such as William B, Katayone Adeli and Velvet.

The 900 square foot store has since quadrupled in size and now spans nearly an entire block carrying the most noteworthy and fashion-forward designs in an inviting atmosphere. In 2012, Walker merged her e commerce business with ForwardForward.com to create ForwardbyElyseWalker.com. Walker serves as the fashion director of the luxury shopping site, bringing her edgy and directional personal style to fashion-obsessed shoppers looking for risky, fashion-forward pieces right off the runways. In August of 2016, after sixteen years, Walker opened her second store in Newport Beach’s Lido Marina Village. Most recently, she opened the doors to the first towne by elysewalker store at Palisades Village (a second location will open in December at The Glen Centre).