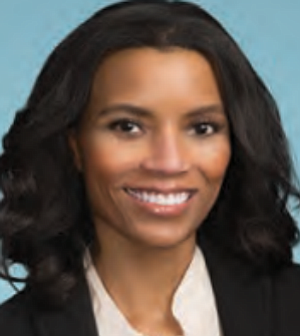 Named as one of the most influential women lawyers in 2017 and one of the most influential minority attorneys in 2018 by the Los Angeles Business Journal, Kim Buffington is known for both her leadership and track-record in complex intellectual property, commercial class actions and insurance coverage matters. At the beginning of 2017, she became Managing Partner of the Pillsbury’s 85-lawyer Los Angeles office upon her return from maternity leave. She represents leading media and entertainment companies in IP and class action litigation. Buffington is co-leader of the firm’s Internet & Social Media team, which is highly regarded for its blog posts. It has attracted over 15K page views in the past year, and some of the posts have been picked up major news outlets.

In one example of her success, Buffington recently led a team in securing a complex and financially significant victory on behalf of Fluidmaster when a judge denied a motion to certify a class of homeowner plaintiffs.