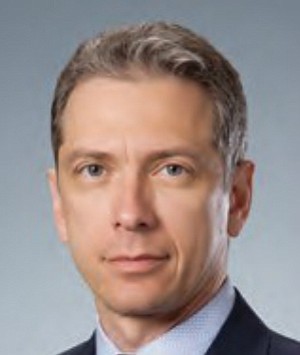 A highly decorated IP litigator, Andrei Iancu represents some of the country’s most innovative companies in their highest stakes matters, while also serving as the firm’s managing partner. He is known for his ability to successfully prosecute and defend patent infringement cases, although he has also been involved in all other aspects of the intellectual property practice, including patent and trademark prosecution, due diligence and licensing. Iancu represents clients across the technology spectrum, including those associated with medical devices, genetic testing, therapeutics, the Internet, telephony, TV broadcasting, video game systems and computer peripherals. An award-winning author, he regularly speaks and writes on patent law and practice.

Some of Iancu’s recent successes include delivering B/E Aerospace a complete victory in March 2016 with two wins in close succession in B/E Aerospace’s dispute with MAG Aerospace Industries over aircraft toilet patents. First, the U.S. Patent and Trademark Office invalidated the three patents MAG asserted against B/E, and then the following week, the Federal Circuit affirmed the district court decision that found B/E not to infringe MAG’s patents.