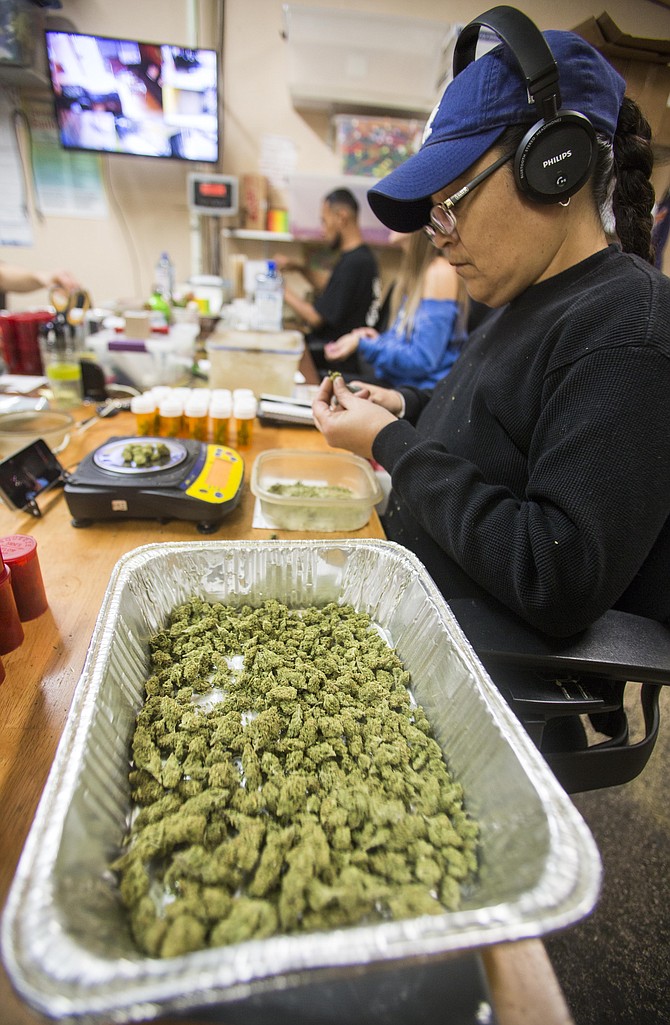 Noticeably absent from this group of municipalities: the city of Los Angeles.

That’s a concern for marijuana industry insiders because Los Angeles is without a local permitting system for cannabis businesses – a requirement under both Proposition 64 and medical marijuana regulations passed last year. If no permitting system is in place before the new statewide laws go into effect on Jan. 1, 2018, all cannabis retailers, distributors, cultivators, and product manufacturers would be illegal in the city – including existing medical marijuana dispensaries.

“If no action is taken, there will be no legal marijuana activity in Los Angeles,” said Jerred Kiloh, owner of the Higher Path medical marijuana dispensary in Sherman Oaks and president of the United Cannabis Business Alliance Trade Association.

But developments late last week have led to a renewed sense of optimism among stakeholders. Kiloh said his trade group, which is also backed by labor organizers, submitted a local ballot measure last month with more than 100,000 signatures to the city’s Registrar Recorder’s Office to raise the issue with voters in March. On Nov. 9, the City Council adopted a resolution to put a similar ballot measure before voters.

The ballot measure submitted by the city includes provisions acceding to the trade group’s wishes that dispensaries compliant with current L.A. regulations should receive some priority in the permitting process, which could result in the trade association abandoning its own measure.

“We got all the language in that we thought we needed to protect our position,” Kiloh said. “It came down to the last five minutes before the (submittal) deadline, but we feel pretty good about it.”

Despite the local regulatory turmoil, Los Angeles remains the focus of the cannabis world in the United States. The region is California’s largest hub for commerce and is expected to be the economic engine of a state pot boom that some analysts project to generate more than $7.6 billion in revenue by 2020, according to research released last week by Arcview Market Research and New Frontier Data.

With such big-dollar figures at play, private equity and hedge fund-style operations have begun to circle the state. Seventh Point, a Connecticut-based fund, is focusing exclusively on L.A.-area investments for the time being, according to Chief Executive Steve Gormley.

“We firmly believe that L.A. is to the marijuana business what Silicon Valley is to tech or New York is to fashion,” Gormley said. “It’s critical to be in L.A. in order to expand on a national and international scale.”

Much of the interest in Los Angeles is focused on a small number of medical marijuana dispensaries that operate with tacit approval from the city. These businesses, which received quasilegal status as part of 2013 ballot measure Proposition D, are seen as prizes by investors because they could be granted licenses allowing them to cultivate, manufacture, and sell cannabis – operations that would require separate permits for nearly all other businesses in the state.

Gormley, who declined to disclose how much his fund has raised, said Seventh Point has already invested in one Proposition D-compliant dispensary. An additional eight to 10 businesses are in the pipeline – a number he said represents one-tenth of the total shops in Los Angeles.

While an estimated 135 Proposition D-compliant shops were in operation at one time, some have failed to keep up with regulatory requirements, causing that number to fall.

Kiloh said he wasn’t surprised by the interest in compliant dispensaries. He and other L.A. owners are approached constantly by parties interested in acquiring their businesses, he explained.

“(Los Angeles is) the single largest market in America and now that we’re getting a real regulatory scheme we’ve become a much hotter commodity,” he said. “I get approached all the time.”

However, while financial momentum is building, marijuana remains a Schedule I narcotic at the federal level, and a memo from the Department of Justice telling prosecutors to focus their resources elsewhere is the only thing preventing a crackdown by law enforcement. The guidance, known as the Cole Memo, could be changed at any time under Donald Trump’s administration. That uncertainty is causing some prospective investors to press pause, said Aaron Lachant, a partner at Nelson Hardiman in West Los Angeles who specializes in cannabis law.

“No one expected Donald Trump to win and I don’t think anyone is certain about what his attorney general will do,” Lachant said. “I think there’s some hesitancy on behalf of folks who are looking to enter the industry that wasn’t there before the election.”