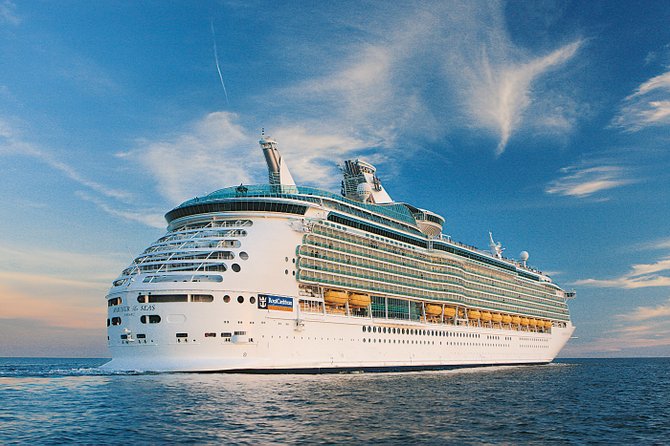 Mariner of the Seas will move its home port to Texas from L.A. Photo by Courtesy Photo

The West Coast’s biggest cruise ship is leaving the Port of Los Angeles next year, in large part because of fears of violence in Mexico.

That’s the opinion of several cruise industry experts in the wake of Royal Caribbean International’s recent decision to relocate its 3,835-passenger Mariner of the Seas in January.

Eventually it will be home ported in Galveston, Texas, for trips to Europe and the Caribbean. Since arriving in Los Angeles early last year, the $650 million passenger ship has been offering weekly seven-day cruises to Mexico.

But that market has changed.

The widely publicized war between the country’s federal government and its powerful drug cartels has led to nearly 30,000 deaths since 2007. And on the West Coast – where 90 percent of cruises depart for the Mexican Riviera and other points south – the number of passengers in the last two years has dwindled by 21 percent.

Norwegian Cruise Line announced last year it will no longer offer cruises to Mexico from Los Angeles after May 2011. Its ship, the Norwegian Star, which was not permanently based in Los Angeles, is relocating to Tampa, Fla., also for Caribbean cruises. Cruise line officials could not be reached for comment.

“People are obviously concerned about the violence and justifiably so,” said Oivind Mathisen, editor of Cruise Industry News, a New York-based trade publication that has tracked the West Coast cruise numbers. “They don’t want to get caught in the crossfire.”

The Royal Caribbean cruise line, for its part, will say only that the decision is an economic one.

“We’re looking to maximize our profits,” said Harrison Liu, a spokesman for the cruise line, owned by Miami-based Royal Caribbean Cruises Ltd. “Both Europe and the Caribbean are hotter tickets than the Mexican Riviera, and there’s a stable market out of Galveston.”

In a blog addressing the issue, company Chief Executive Adam Goldstein explained further. “There is no question that there are tens of thousands of loyal Royal Caribbean cruisers who live in the Western U.S. and cruise on Mariner of the Seas,” Goldstein wrote. “Yet the ship does not perform at an acceptable level to be able to remain in California.”

Of Los Angeles, he said, the company “hopes to return in the not-too-distant future” but has no immediate plans to do so.

Royal Caribbean declined to release financial information related specifically to the Mariner. However, asked directly about the Mexican violence, another company spokesperson, Tracy Quan, admitted that “it was one of the factors we looked at” but would not say whether it was decisive.

Based on what’s happening in the industry, many believe the events in Mexico are a significant reason for the departure.

The Port of San Diego recently lost the only luxury cruise liner based there: Carnival Cruise’s Elation. The ship relocated to Mobile, Ala., a port spokesman said, amid a bookings lull driven, in part, by the Mexican crime.

“People are dissuaded from traveling there,” spokesman John Gilmore said.

And five ships that had summered in Alaska and were scheduled to pick up passengers in San Francisco en route to Mexico changed their itineraries earlier this year.

“I know the violence was a big issue,” said Peter Dailey, maritime director at the Port of San Francisco. “Perception becomes reality, and people who take cruises are steering clear of Mexico.”

Closer to home, meanwhile, the loss of the Mariner was seen as a blow.

“It was a gray day for me,” Chris Chase, marketing director for the Port of Los Angeles, said regarding last month’s announcement that the port’s only year-round cruise ship would be leaving. “No one likes losing business, and this was upsetting.”

The Mariner, at 1,202 feet long, is one of the largest ships in the world, with an on-board ice-skating rink, rock-climbing wall, casinos, basketball gym and miniature golf course.

Experts say the shifts represent the continuous flux in the industry as cruise operators seek to maximize their income.

Ship operators try to make sure that each trip is full, said Tom Conder, an equity leisure analyst with Wells Fargo Securities LLC in St. Louis who covers the cruise industry. When demand for a destination falls, they compensate by lowering price. That results in more passengers paying lesser amounts.

About 75 percent of a ship’s revenue is from ticket sales. Also important, according to Conder, is the income stemming from extra spending by passengers, including on-shore excursions. In Mexico’s case, the number of excursions could be tamped down because at least some passengers fear getting off the ship.

“It all breaks down to where they believe they can get the highest tickets and on-board spending for a particular type of ship,” he said. “Operators are always looking for the best return on a ship. Demand for a geographic area will ebb and flow.”

The port will take a financial hit with the loss of the ship. The estimated 250,000 passengers who board the Mariner each year constitute about 30 percent of the port’s cruise business, all of which brings in roughly $6.7 million annually in docking fees and parking. What’s more, the port estimates that every time a ship docks for a voyage it has a wider economic impact of about $900,000 per vessel.

“You bring a ship in, there’s a change out of the crew, the ship has to be cleaned and provisioned and you have lots of people coming in spending money at tourist attractions,” said Jack Kyser, senior economist of the Los Angeles County Economic Development Corporation. “It’s an important industry that generates lots of revenue.”

With all those dollars in play, in fact, port officials say they had considered the Mariner the centerpiece of what they’d hoped would be a newly invigorated cruise business.

As part of that effort, the port is proceeding with $42 million in planned improvements to its World Cruise Center, including $9.4 million worth of new gangways already completed to specifically accommodate the Mariner. The rest – including solar paneling, painting, lighting and shore side hookups for electrical power – are expected to be finished this year.

Yet Los Angeles port officials say the blow won’t be fatal. The revenue generated by the Mariner and other cruise lines constitutes only about 1.5 percent of the port’s annual revenue, most of which comes from container vessels.

Even without Royal Caribbean or Norwegian Cruise Line, Chase said, the port will still have two Princess Cruise Line vessels: one to Hawaii, the other to Mexico. And beginning early next year, Disney Cruise Line will be adding a ship.

Neither Princess nor Disney returned calls seeking comment. In a press release announcing the move last year, however, Disney said it had “tested the West Coast market with two summer seasons of Mexican Riviera itineraries” but was not yet ready to reveal detailed plans for its Los Angeles itineraries.

Some travel consultants say the fear of Mexican traveling is overblown.

Joe McClure, president of Glendale’s Montrose Travel, which books thousands of clients on cruise ships worldwide, said he’s seen a dramatic increase in questions from would-be customers regarding the safety of Mexico over the past several months.

“We don’t counsel them to stay away, just to stay where it’s safe,” he said. “Don’t go out alone at night, don’t go on dark streets or alleys and don’t go where you’re not welcome. So far we haven’t had a single customer incident down there. We love Mexico and think it’s a great destination.”

He claims his cruise and plane bookings to Mexico have even increased slightly due to aggressive marketing.

But that’s not the case with Jay Silberman, president of Cruise Consultants Co. in San Antonio. He said his bookings to Mexico have plummeted about 40 percent in the past year.

However, with next year’s arrival of the Mariner in Galveston, he believes he’s likely to benefit from higher bookings to the Caribbean and European destinations.