Consumer Goods & Retail Report: “Better for You” is Not Just a Trend, It’s a Lifestyle 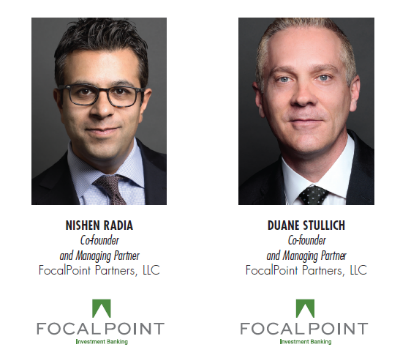 Long before the internet democratized the entire CPG landscape, the revolution began on the grocery shelves. Better-for-you alternatives first emerged in the food space with meat and dairy (organic milk, cage-free eggs, antibiotic-free meats, etc.) and sugar replacements (honey-sweetened products, stevia, etc.), and have since infiltrated many other areas of consumers’ pantries and refrigerators. According to Food Insight, 70% of consumers would be willing to give up their favorite product for one that did not have artificial flavoring and 60% of consumers believe that it is important that the food they consume is produced in a sustainable manner. According to the Washington Post, membership in “food tribes” (i.e., specific eating protocols such as vegan, Paleo, Keto, etc.) grew roughly three-fold in 2018 as compared to just a few years prior. Beyond what they eat, consumers now demand a more holistic lifestyle with a desire to be healthier in all aspects – from what supplements they take, to what products they use on their skin, to what they feed their dog.

Technology has taken the battle from the retail shelves to cyberspace. Historically, large and successful CPG companies dominated the marketplace by executing a model centered around mass-market brand building, slow product innovation, and broad distribution with large retailers who essentially were viewed as the actual customers. Unless consumers were individually motivated to learn more about ingredients and formulations, they were at the mercy of what was being marketed to them through traditional media outlets such as TV advertising, magazines, and other forms of print dominated by a handful of players. However, today’s consumers are in the driver’s seat empowered by the emergence of brands that have marketed themselves on a large scale with minimal budgets by leveraging online platforms.

CPG companies in this new era have educated consumers and are focused on fulfilling the needs that have been created with the rise in consumer awareness and knowledge. Mission-driven entrepreneurs armed with Internet-enabled technologies allow younger, bootstrapped companies to directly connect with their customers through channels like social media, blogs, and other community-based digital gathering spots. Amazon, with unlimited “shelf space,” allows such brands to be located right next to national brands and compete head-to-head based on consumer reviews. Accountability and transparency are paramount. The shift has come full circle. Brick and mortar retailers recognize the value of offering these high-growth, premium brands in their stores because they offer product differentiation and drive higher margins.

The demand for “better-for-you” offerings has expanded from the food category to other consumer products such as beauty, personal care, pet and household products, and consumer services such as restaurants and even dry cleaners. According to McKinsey research, millennials are four times more likely than baby boomers to avoid products from large CPG corporations. In fact, consumers are willing to pay a premium for cleaner, organic consumables. Per Innova Research, products containing the label “free from” grew at a CAGR of 16%, while products containing “clean label” grew at a CAGR of 13% from 2013 – 2017, respectively.

If you can’t beat ‘em, buy ‘em. Procter and Gamble recently acquired Native, a direct-to-consumer, all-natural deodorant brand; Kraft acquired Primal Kitchen, a better-for-you condiments brand; SC Johnson acquired Method, an environmentally-friendly household cleaning products brand; and Kellogg’s acquired RX Bar, whose packaging features only the product’s ingredients. All of these acquisitions were motivated by the desire to unlock growth in today’s market. The acquisition multiples being paid in such deals are eye-popping and frequently based on a multiple of forward revenues, not current cash flow. Maximizing value for the owners of such companies, however, requires a bespoke process that causes big CPG companies to view the target company not as a nice to have, but rather as a need to have. Beyond acquiring the brand itself, they are acquiring the relationship it has with the consumer and the data derived therefrom. Using real-time information, product enhancements/reformulations can occur more quickly based on actual data and further engender customer loyalty.

There is no debating that consumers want to live a more holistic, healthier lifestyle. Big CPG companies have a hard time meeting this demand, and thus are left with no choice than to pay up for it.