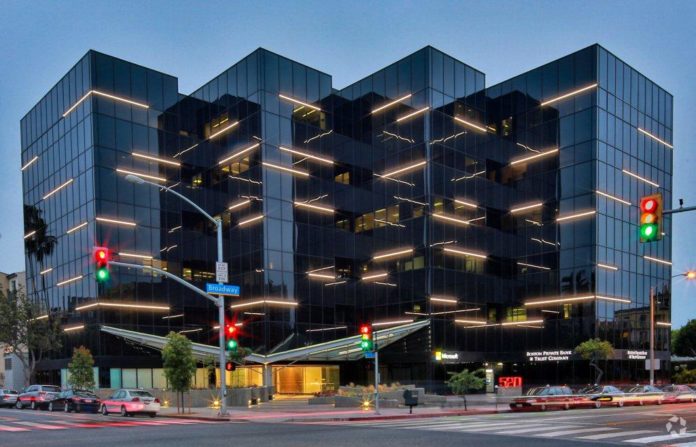 WeWork, a company that rents shared office space to fledgling entrepreneurs, has signed a 10-year lease for a little more than 40,000 square feet at 520 Broadway in Santa Monica.

Westside real estate sources said the co-working space operator almost certainly paid more than $5 a square foot a month for the space at the building, also known as Broadway Plaza, a rate that would value the lease at more than $24 million.

WeWork officials did not respond to requests for comment.

The lease is the second WeWork has signed for space in Los Angeles in as many months. In November, the company agreed to rent 44,500 square feet in downtown for 15 years in the historic Fine Arts Building, a 1920s office tower at 811 W. Seventh St. There, the company was reported to be paying about $2.83 a square foot a month.

New York-based WeWork first entered the L.A. market in 2011 when it leased space at 7083 Hollywood Blvd. in Hollywood.

The company will lease the second and third floors in the six-story Broadway building, making it by far the largest tenant there. It will join Microsoft Corp., which occupies the entire top floor, and Zodiac Media, which occupies the fifth floor. The building is now more than 90 percent occupied, a significant improvement since New York landlord Vornado Realty Trust bought it in 2012 for $61 million. At the time, the building was only 69 percent full, according to real estate data provider CoStar Group Inc.

Now that the building is almost entirely leased, Vornado has hired real estate firms Eastdil Secured and Cushman & Wakefield to market the property for sale. Sources estimate the 113,000-square-foot Class A building will sell for between $90 million and $100 million.