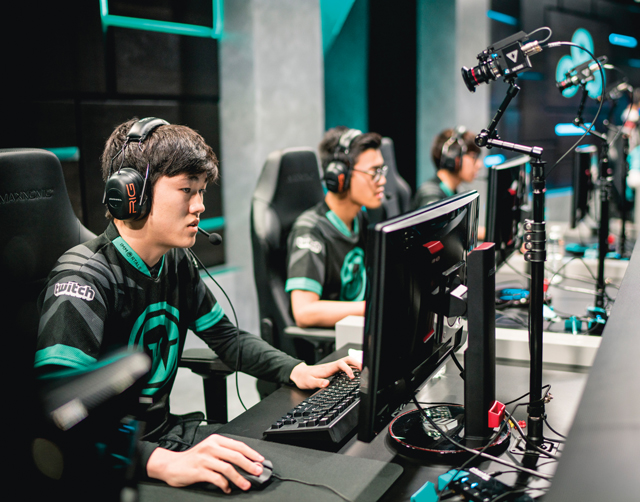 E-sports is growing up, and Los Angeles County may be its top playground.

The industry’s overall revenue was estimated at $700 million globally last year, with double-digit annual growth expected to continue, according to e-sports tracker Newzoo. The money flows to a mix of game developers, entertainment, technology, advertising and media firms and venues – and each segment includes substantial companies that call Los Angeles home.

It’s also why the Business Journal chose to focus this year’s Business of Sports Special Report on the burgeoning industry.

Video and computer games emerged on the scene with simple, 2D graphics played by a single live player against the game itself. The growth and expansion of computer graphics technology, computer processing speeds and the internet accelerated the popularity of the electronic games. Large game developers formed paid teams within franchised leagues they could sell the rights to, and advertisers, media and entertainment companies, merchandisers and venues signed on. Investors, following the money, have supplied the cash.

The Business of Sports report starts on the following page with a Q&A on PlayVS, a startup with a new platform for high schools to form e-sports teams and tournaments that may become the next e-sports professional players.