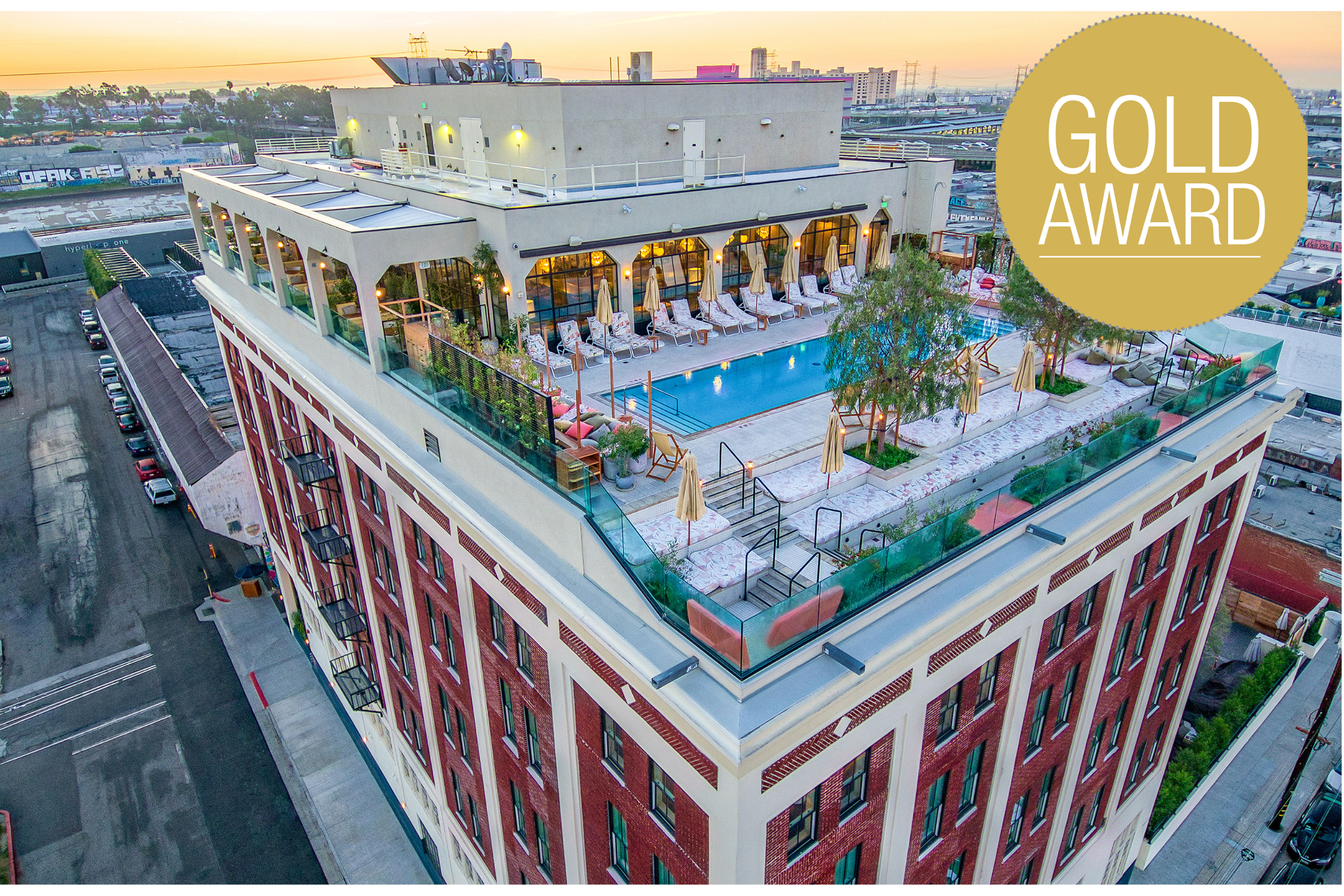 Located in downtown LA’s Arts District on Santa Fe Avenue near 7th Street, the redeveloped Soho Warehouse re-imagines a six story 1916 concrete and brick structure that has housed a plumbing supply company, a paper straw manufacturer and, more recently, music rehearsal studios. Now a private club operated by Soho House, the 80,000 square foot building underwent a complete featuring 48 guest rooms, a two-story gym, three restaurants, three bars, lounges, event spaces, an outdoor garden and rooftop pool. The building has had a complete systems upgrade, including a seismic retrofit.
The interior design is a reflection of the building’s history, juxtaposing art deco and industrial elements with 1970’s style furniture and decor. Remnants of graffiti, the result of break-ins early in construction, remain on the exposed brick of the sixth floor walls. Soho House commissioned the work of numerous LA-based artists, including Paul Davies, Blanda and Ethan Lipsitz, to fill the spaces with contemporary art. A mural by Shepard Fairey welcomes members at the alley side entry. 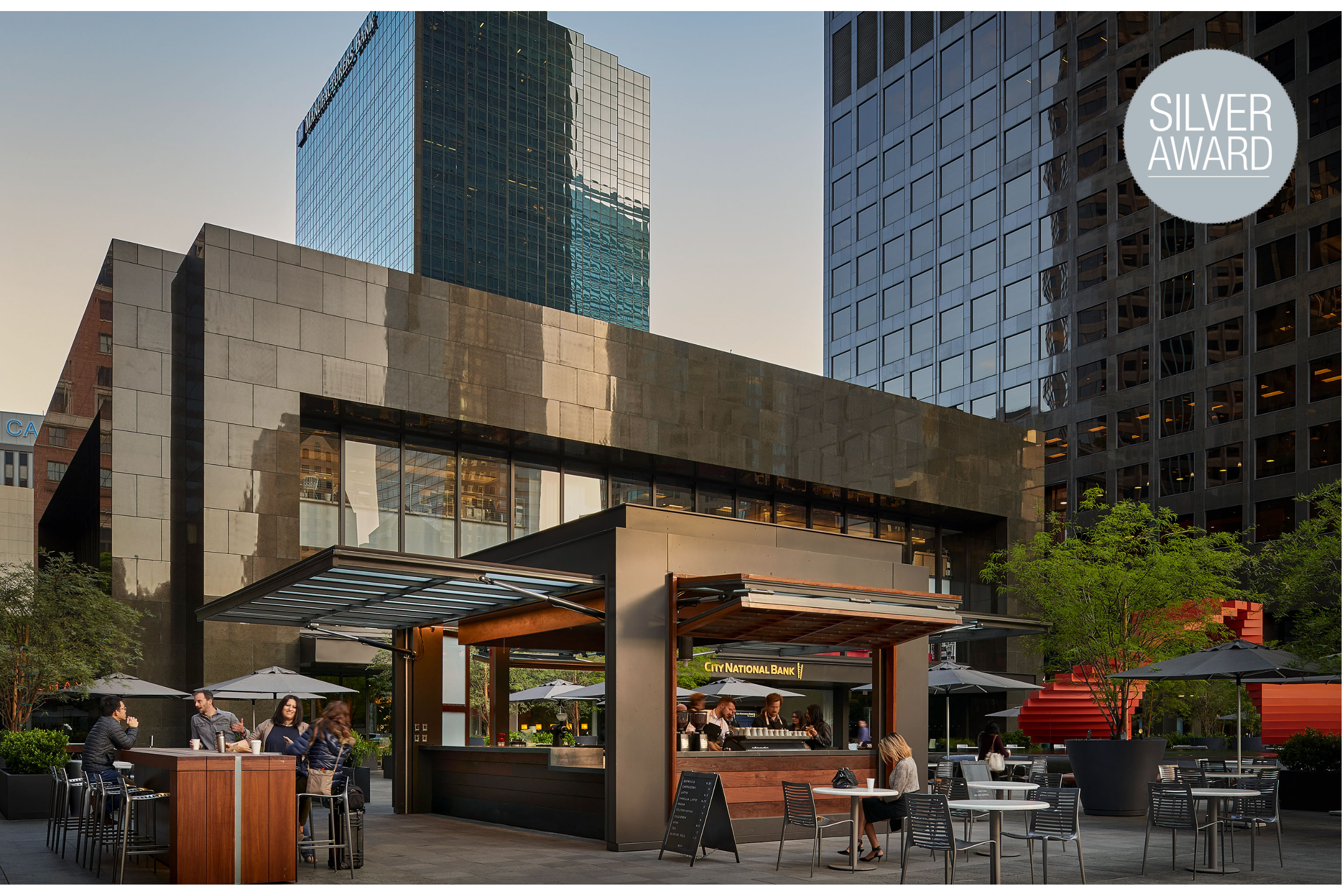 The City National Plaza’s once quiet plaza used solely to traverse from one building to another has now transformed to a vibrant and activated town center.  Re-imagining the plaza as an extension of the workplace, is accomplished by providing a variety of choices from lounge settings, to café tables for lunch and outdoor meetings, all accessible to a new open-air coffee pavilion. Replacing traditional revolving lobby entry doors with retractable operable walls creates a seamless link to the plaza and a direct connection from indoors to outdoors – and all hands-free. 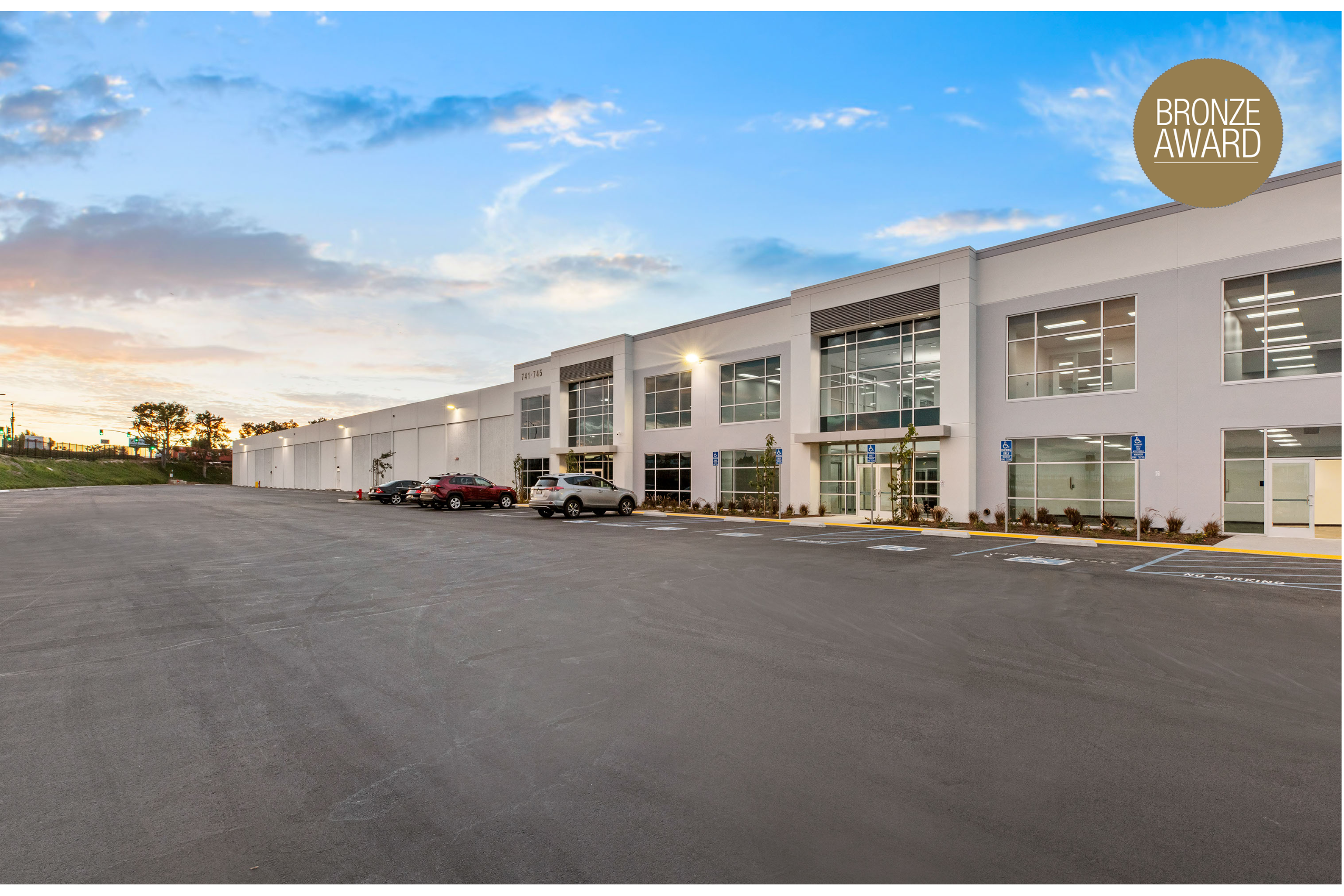 This project features an effective redevelopment of an old 1950s warehouse and distribution center into a contemporary fulfillment facility for SRG Commercial. The revitalization and repurposing of the project included decommissioning the previous occupants’ existing operations and demolition of the existing mezzanine, racking, and two exterior office buildings. The facility received completely new, plumbing, electrical, mechanical, and ESFR K-17 fire sprinkler systems, with all new services and equipment to handle the increased loads required by the new e-commerce tenant.