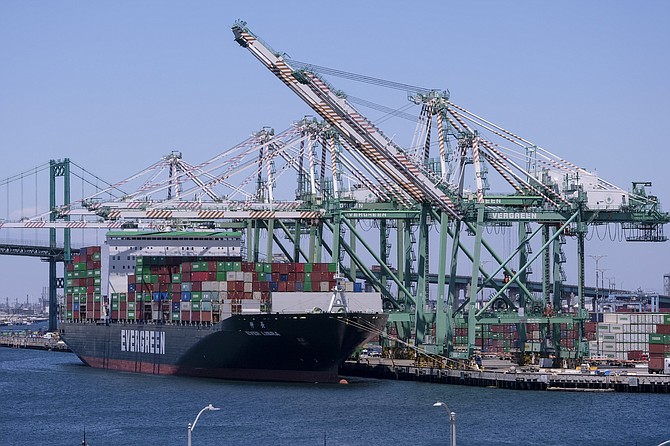 A loaded cargo ship at the Port of Los Angeles. Photo by Ringo Chiu.