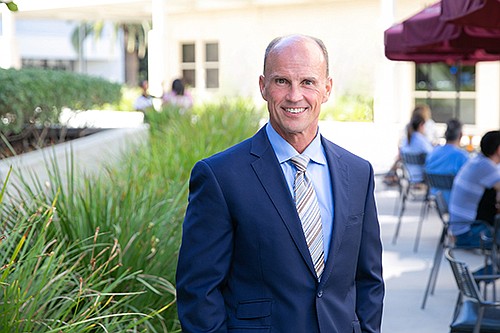 As a seasoned health care executive, Rod Hanners has a proven track record of driving clinical efficiencies and promoting a culture of respect, diversity, trust and teamwork. Under his leadership as CEO for Keck Medical Center of USC, which includes two acute care hospitals, Keck Hospital of USC and USC Norris Cancer Hospital, the center has experienced unprecedented recent success. Keck Medical Center was ranked No. 16 on the U.S. News & World Report 2019-20 Best Hospitals Honor Roll. It also ranked nationally in nine adult specialties. In addition, Keck Hospital received an A rating in hospital safety for the fall of 2019 and spring of 2020 by industry watchdog, the Leapfrog Group. Keck Hospital has also grown into the number one transfer center in Southern California by tackling the toughest cases needing specialized care.

In his role as COO of Keck Medicine, which also includes USC Verdugo Hills Hospital (USC-VHH) in Glendale and some 80 outpatient locations, Hanners has helped usher in numerous achievements, including Keck Medicine being named the official orthopedic medical partner of the Los Angeles Kings hockey team in 2019 and USC-VHH recognized with the 2019 Lantern Award by the Emergency Nurses Association, the only community hospital in Southern California to receive the honor. Since June of 2020, Hanners has served as interim CEO of Keck Medicine. Under his guidance, Keck Medicine has successfully resumed business operations post COVID-19 by reconfiguring clinical spaces and enacting new policies to ensure the safety and well-being of patients and staff.