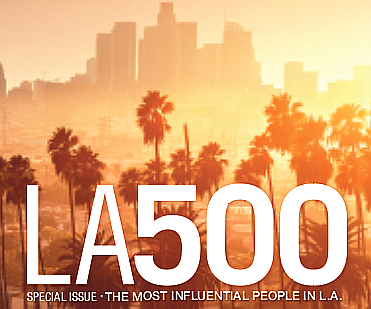 This may seem like an odd time to stage a celebration.

Yet as the Business Journal unveils its fifth annual LA500 list, honoring the most influential leaders and executives in Los Angeles actually seems like just the kind of thing we can all use at this point in time.

Sure, this year’s collection of the leading figures from the city’s business community highlights the work that took place and the progress that was made in the months before Covid-19 arrived.

But it also serves as a reminder that L.A. is peopled by some of the smartest, most innovative and staunchly resilient business talent anywhere in the world.

In that context, this year’s LA500 shines a light on many of the figures who not only can help us navigate the crisis today but stand to help us find our way through to the other side of this situation.

That includes people like Patrick Soon-Shiong, who has marshaled his considerable medical experience as well as his biotech companies to tackle Covid-19 head on, embarking on a quest to provide treatment at his recently acquired St. Vincent Medical Center and to uncover a possible vaccine.

And don’t forget philanthropists like Michael Milken, who saw the pandemic coming early and repositioned the Milken Institute to offer leadership and support for the experts and companies working to combat the virus.

Of course, the civic leaders who made this year’s list are among the most significant players in the Covid-19 drama, leading the local response and attracting national headlines. That includes Mayor Eric Garcetti, Port of Los Angeles Executive Director Gene Seroka and Port of Long Beach Executive Director Mario Cordero.

On the pragmatic side of the pandemic, L.A.’s banks are rising to the occasion. With deep reserves and executives who were battle- tested by the Great Recession, some believe this sector will play a key role in pulling the local economy through this crisis. They’re also helping to efficiently and quickly disburse funds to small and midsized businesses through the Paycheck Protection Program.

Then there are executives and businesses that are making the crisis a bit more bearable for everybody playing by the safer-at-home rules — and remaking some of the world’s most watched industries in the process.

And let’s play it forward for gaming executives such as Activision Blizzard Inc. Chief Executive Bobby Kotick and Riot Games Inc. Chief Executive Nicolo Laurent, whose companies have enjoyed explosive growth since mid-March as players everywhere seek the kind of connection and escape that only video games can offer.

Now, no LA500 rundown is complete without a deep dive into the region’s real estate power players. The industry drives much of the local economy, and it makes up the largest category on this year’s list.

While business may have slowed, it hasn’t stopped. People still need places to live. Cargo still has to be stored and distributed. Properties still need to be developed.

And while this edition of the LA500 contains the full complement of 500 names — including nearly 100 new members — the list still feels short by two names.

The first would be the recently departed developer Jerome “Jerry” Snyder, who held a revered place on the list during its first four years. The other name, of course, is Kobe Bryant, who inspired much of the planet as an athlete and a businessman before leaving us far too soon earlier this year.

But just as the city rallied following the tragic loss of Bryant, it’s likely it will do the same in the coming months as businesses figure out how to work through the coronavirus.

Because as L.A. has shown, as well as any major city during this crisis, there’s substantial strength in our community and remarkable power in our solidarity.