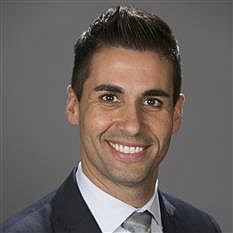 A 21-year financial services veteran, Ormonde has spent his career-serving customers in San Francisco, Greater Philadelphia, Delaware, and Washington D.C. regions. He has held several leadership positions including district manager and area president. Prior to being named Los Angeles Region Bank President, he served as Region Bank President for the Washington D.C. region.

An active member in his community, Ormonde currently serves on the board of directors of the Los Angeles LGBT Center and is a member of the corporate and executive and CEO search committees.

Most recently, he was recognized in Los Angeles Business Journal’s “40 in their 40’s.”

Ormonde holds a Bachelors of Arts in Political Science and History from Notre Dame de Namur University. He is a student at the Graduate School of Banking at the Wharton School at the University of Pennsylvania.

Ormonde enjoys hiking, gardening and running. He resides in Los Angeles with his partner.