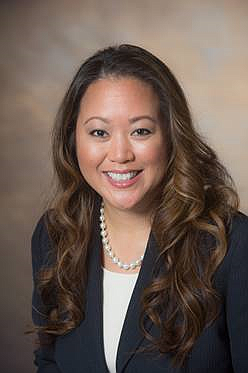 A 26-year Wells Fargo financial services veteran, Dollar assumed her current position in 2009. She has spent the majority of her banking career supporting Community Banking team members and banking customers in the Greater Los Angeles Area down to the border.

Dollar began her career as a part time teller, working in community banking, in various positions from branch manager to district manager with oversight of 12 branches in the Santa Clarita Valley market; served as sales development consultant for the Greater Los Angeles community banking region; then transitioned to the Distribution Strategies and Services Group in 2007, working in the Regional Services Group.

Dollar earned her bachelor’s degree in political science with an emphasis in American government from the University of California, Los Angeles. She interned in the White House in 1999. She also is a graduate of the Consumers Bankers Association and Bank Administration Institute Graduate School of Retail Bank Management. Throughout her career she has actively participated in the company’s diversity and inclusion councils.

Dollar is active in the local community, having served as a board member of the College of the Canyons Foundation Board and became the executive sponsor of the Women’s Team Member Network Los Angeles Chapter in 2017. She is also a supporter of the American Cancer Society, American Red Cross, Anti-Defamation League and Five Acres. She currently resides in Pasadena with her husband.