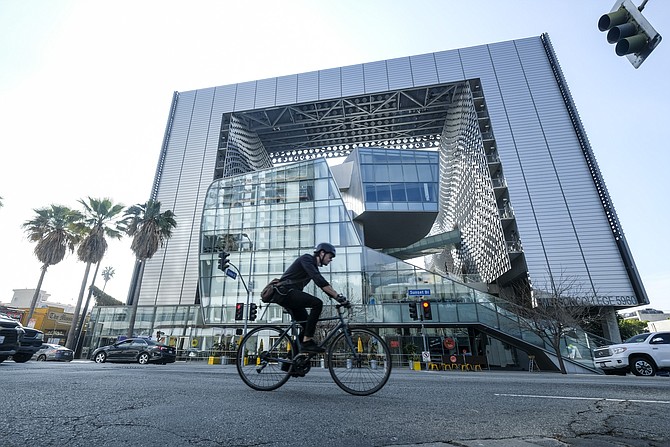 Out-of-state colleges and universities operating study-in-Hollywood programs are becoming a force in higher education locally as their real-estate footprints mushroom across Los Angeles.

These satellite campuses are expanding in size and in the scope of their studies. No longer simply transplanting courses from their out-of-state mothership schools, some offer only-in-L.A. course work.

Further, after originally importing only film and television media studies students, these programs increasingly include students majoring in arts; business; finance; design; marketing; and communications, such as digital media and journalism, say educators.

“Think of it as a ‘study abroad’ program in a country called Los Angeles,” said Lee Pelton, Boston-based president of Emerson College.

While most programs fly under the radar locally, Pelton’s Emerson Los Angeles outpost is the area’s most conspicuous — a purpose-built, $85 million facility that opened in 2014 at 5960 W. Sunset Blvd.

The modern 10-story building contains classrooms, meeting areas and dormitories housing 200 Emerson students a semester, who also work as interns in the region. “This way, we knit together the theory and practice of making and doing,” says Pelton.

Elsewhere, Arizona State is a major tenant of downtown’s landmark Herald Examiner Building, which was built in 1914 and is finishing a major renovation. ASU is consolidating existing programs at the former newspaper facility. According to the school’s website, the university will being moving in in 2021, and it will house programs including its Cronkite News–L.A. semester program.

Muhlstein, who is international director at Jones Lang LaSalle Inc., represented the seller when Emerson bought its Hollywood building site in 2008, as well as the landlord who is leasing to Arizona State.

Besides class space, the satellite college campuses typically lease separate residential housing to cluster their out-of-town students. For example, the residential complex Park LaBrea in Mid-Wilshire serves as rather swank dormitories for students from DePaul, NYU and some other programs. Those schools mount some joint social activities at Park LaBrea that allow their students to mix. 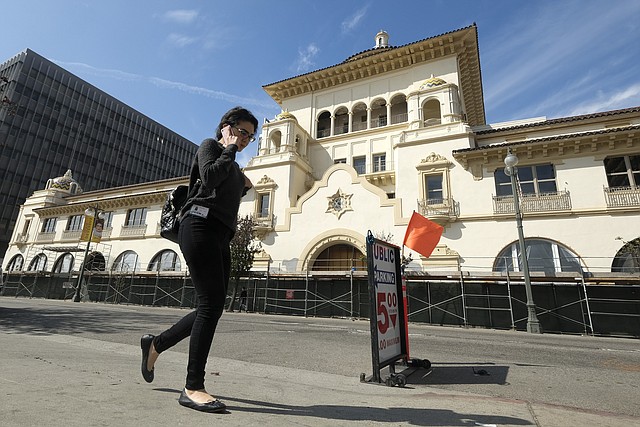 DePaul arrived in 2011 with 30 students with its program dubbed “L.A. Quarter” (its calendar is on a quarterly system) and has grown to 100-150 students a year for classes in leased space at Sunset Gower Studios in Hollywood.

Others with satellite campuses have likewise been on growth trajectories, with most arriving in the past two decades although Emerson landed back in 1986.

DePaul’s Quinn says the creative producing degree is ideal for students who aspire to be agents, personal managers or producers since Hollywood’s traditional gateway for those jobs is apprenticeships that universities emulate with internships.

“If you are a writer or producer, it’s imperative to have a foothold in Los Angeles if you are going to have a mainstream career of any note,” Quinn said.

Internships — placing students at entertainment/media companies — is a centerpiece of satellite campus schools. Book learning about the entertainment industry at colleges that are removed from the Hollywood epicenter doesn’t convey the industry’s peculiar process for creativity or help crack its insular nature.

“Who you meet in film school can be more important than the actual degree,” a Los Angeles adjunct college instructor said about students making personal connections with Hollywood professionals.

Out-of-state schools promote their programs with pictures of palm trees, and promises of “hiking in Laurel Canyon.”

But the satellite campus programs are known for serious work, particularly when it comes to internships. The schools don’t want their pipelines to industry placements undercut by slovenly students, say educators.

Those internships anchor weekday schedules, then students devote evenings and weekends to classes, lectures and circulating around town.

In addition to serving students, the study-in-Hollywood programs are also rallying points for local alumni who are enlisted to lecture to students about industry experiences, help arrange internships and stay connected with the institution.

“Part of my mandate is to create programming and events that are community and alumni facing,” said Nina Sadowsky, program director of Fairfax-based “NYU Los Angeles.”

Sadowsky has organized events such as a seminar on how Hollywood professionals can merge social and political messages in the creative content they produce.

One instructor believes study-in-Hollywood is mandatory for students with aspirations. “It’s all just a dream whenever you are not here,” the adjunct said. “The idea of what it might be is clarified by actually being here.”