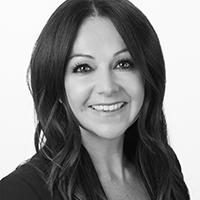 Tania Moyron is a partner in Dentons’ Restructuring, Insolvency and Bankruptcy group. For the past 25 months, she has successfully led and managed the chapter 11 cases of Verity Health System of California, Inc. and its affiliates, the second-largest hospital restructuring bankruptcy case in U.S. history, comprising six hospitals and 11 other affiliated entities at the time of the chapter 11 filings in LA.

As one of the only Latina partners in this practice, the challenges Moyron has overcome to reach this level of success demonstrate unusual tenacity and hard work. Despite having begun the third grade in Sacramento speaking virtually no English after moving there from La Paz, Mexico, Moyron prospered in public schools and assumed adult responsibilities at an early age that required her to be resourceful and mature. Through college and law school, Moyron balanced the demands of employment and academics during her self-financed education. 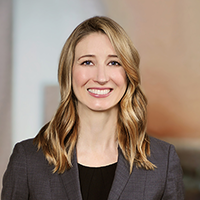 has displayed her legal acumen to clients from very early in her career. Starting as an associate in Mintz’s Bankruptcy and Restructuring group in 2009 and elevated to partner in 2019, O’Brient has risen to the top in the high-demand male-dominated commercial bankruptcy practice due to her ability to lead successful trial teams and guide buyers in distressed transactions.

She maintains a wide-ranging insolvency and litigation practice, representing secured and unsecured creditors in bankruptcy cases and other insolvency proceedings nationwide, purchasers and sellers of distressed assets, bankruptcy trustees and receivers. Recent representative matters include her work representing Marin Clean Energy in PG&E’s bankruptcy. The client praised O’Brient’s work as “nothing short of outstanding.” She also represented Wells Fargo in the City of Stockton bankruptcy, and obtained pre-bankruptcy judgments requiring the city to vacate property subject to the client’s liens. 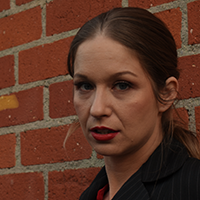 Rodriguez was born to a poor working single mother and grew up homeless until the age of 7 years old. Her mother battled addiction until Rodriguez was a teenager. Rodriguez, always determined to make a difference, set herself to getting a higher education and becoming a lawyer. She went on to attend law school in Philadelphia at Temple University Beasley School of Law.

Rodriguez currently and for the past ten years has represented a wide range of clients, focusing her representation on borrowers facing non-judicial foreclosure. She also handles criminal defense matters including DWI, DUI, Robbery, Possession of firearms, etc., Plaintiff/Personal injury, bankruptcy, family, real estate and property law, as well as landlord/tenant dispute. She is dedicated and focused on her practice; she carries a caseload and manages the entire legal and business team. She has taken her exceptional training in trial advocacy and aggressively litigated over hundreds of cases with compassionate and tireless effort. 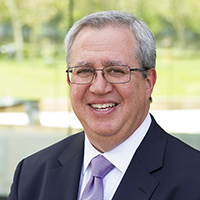 Mark Shinderman is a partner in Milbank’s Los Angeles office with nearly 30 years of experience restructuring companies inside and outside of bankruptcy across a diverse group of industries. He has played a significant role in numerous high profile bankruptcy cases and out-of-court restructurings representing official and ad hoc committees of creditors and other important constituents.

Shinderman has represented a wide range of clients in the largest and most complex distressed matters in the US and abroad in all phases of the bankruptcy process, including recently representing an ad hoc group of Crossover Holders in a dual-path process that will allow GNC to restructure its balance sheet and accelerate its business strategy through a Chapter 11 restructuring. Through the effort of the ad hoc group, the company is being sold for more than $780 million. The group also funded a large DIP loan as part of the process.