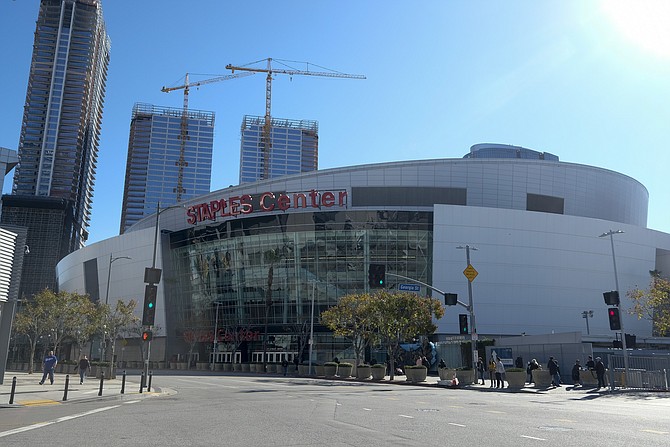 The first wave of furloughs reported to the state’s Employment Development Department includes 9,591 workers from 36 companies in Los Angeles County. The number does not account for announced layoffs at 10 Macy’s Inc. stores and other retailers who shuttered their doors in mid-March amid the Covid-19 crisis.

Nearly half of temporary layoff notices were submitted by Chicago-based Levy Premium Foodservice, a food and beverage concessionaire for major event and sports venues nationwide.

Locally the company has contracts with Dodger Stadium, the Los Angeles Convention Center, Cathedral of Our Lady of the Angels, the Los Angeles Memorial Coliseum, Staples Center and the Microsoft Theater at L.A. Live.

“Levy’s employees at the Staples Center always experience fluctuation in hours based on whether a sports league is in-season or off-season or seasonality of concert or other event scheduling,” Jamie Clough, regional director of human resources for Levy, wrote in the letter to the EDD.

“Based on the information available to us at this time, we expect that the majority, if not all, hourly positions at Levy at Staples Center will experience either a further reduction of hours as compared to prior years, or will experience a temporary suspension of work based on Covid-19 related cancellations and closures,” Clough added.

The company’s workforce of 1,760 assigned to Dodger Stadium is also furloughed and includes 1,285 cashiers and 65 runners. It also temporarily laid off 426 workers at the Los Angeles Convention Center and 334 at Dignity Health Sports Park in Carson. 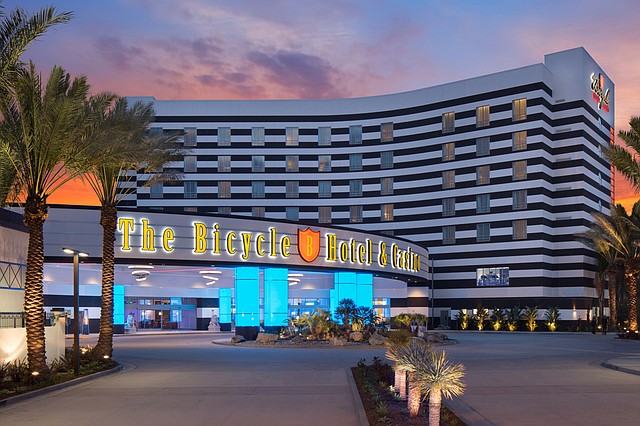 Bicycle Hotel & Casino furloughed 1,500 employees. The casino is closed to the public until further notice.

Bicycle Casino, doing business as the Bicycle Hotel & Casino in Bell Gardens, said it furloughed 1,500 employees and that the casino is closed to the public until further notice.

“We expect the layoff to be temporary and plan to reopen when government social distancing and health outbreak orders and advisements that restrict the company’s operations are lifted or modified sufficient to ensure the safety and health of our staff and customers,” Cristina Stephens, Bicycle’s director of human resources, wrote to the EDD.

Burke Williams Inc. in Inglewood sent a letter notifying the EDD that it had furloughed 887 employees working across eight locations, including Marina del Rey, Pasadena and Woodland Hills.

The spa chain “has temporarily closed its doors and ceased operations entirely,” wrote Allyson Terrones, director of human resources and compliance, citing L.A. County’s order to keep a distance of at least 6 feet from other people, which “makes it impossible for us to operate as a business.”

Shippers Transport Express in Carson said it will lay off 144 truck drivers because of unforeseen business circumstances caused by the coronavirus’ disruption to the global supply chain.

“Given only a limited amount of cargo, at best, is now being shipped through the ports of Los Angeles and Long Beach, STE will immediately experience a near shutdown of its drayage operations for the foreseeable future,” company President Kevin Baddeley wrote in a letter to employees on Feb. 28.

Other companies reporting temporary layoffs include the Hyatt Regency Long Beach hotel with 429 workers, Empire Chauffeured Services Ltd. in El Segundo with 159, and downtown-based Citrus with 200.

The most recent EDD Worker Adjustment and Retraining Notification report also included Twentieth Century Fox Film Corp. in Century City, stating its “mass layoff” will include 135 workers, whose terminations are final, as well as Molson Coors Beverage Co.’s notice it will part with 425 workers.

The beer maker said in January it will cease operations at its Irwindale brewery by September and has offered Los Angeles-based Pabst Brewing Co. the opportunity to buy the facility for $150 million.