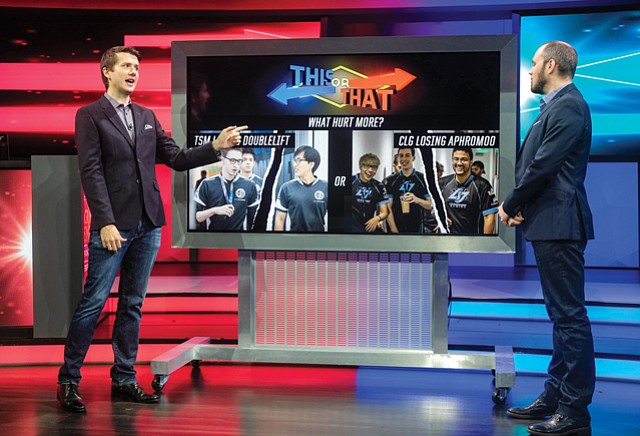 Evil Geniuses placed an initial bid worth $30.25 million on the franchise after Riot announced in August that Beverly Hills-based Echo Fox would depart the tournament.

A source familiar with the deal said the final sale price was slightly less than the initial bid. West L.A.-based Riot Games will take an undetermined commission for brokering the sale and selecting the new competitor.

“We look forward to seeing how Evil Geniuses will shake up the LCS and the rivalries they will drive,” Riot Games’ LCS Commissioner Chris Greely said in a statement.

Esports analysts expected the deal to total between $30 million and $50 million.

Echo Fox and nine other teams paid a franchise fee of $10 million each to join the League of Legends Championship in 2017.

Riot Games mandated that Echo Fox relinquish its place in the league Aug. 14 after allegations came to light that Echo Fox shareholder Amit Raizada had made racist remarks to the team's co-founder, Rick Fox.

A group of Echo Fox investors doing business as Eleven Stones filed an injunction against Fox in Miami-Dade 11th District Circuit Court June 10, saying Fox breached a promissory note that obligated him to pay back $2.5 million he borrowed from them as an authorized guarantor. The case was dismissed on July 2.

On Sept. 3, Los Angeles County Superior Court Judge James Chalfant ruled that proceeds from the “League of Legends” competitive slot must be “deposited into an escrow mutually agreed upon” by Fox and investors that sued him.

“We’ve had nothing but a good experience working with Riot, and we’ll be expanding our operations to Los Angeles to accommodate the needs of the new roster,” Evil Geniuses Chief Executive Nicole LaPointe said in a statement.

LaPointe said the company will begin hiring locally soon, adding, "we are looking forward to the new members of the Evil Geniuses cabal that will make all this possible."

CORRECTION: An earlier version of this story misstated where and when a group of Echo Fox investors filed an injunction. It was filed in Miami-Dade 11th District Circuit Court on June 10.