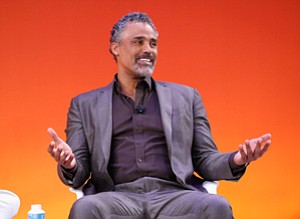 Esports team owner Echo Fox has forfeited its role as a competitor in Riot Games Inc.’s lucrative League of Legends Championship Series after failing to sell the spot to another bidder, Riot said in a blog post Wednesday.

Echo Fox began exploring a sale of its spot in the tournament in May after Echo Fox investor Amit Raizada allegedly used racist language while speaking with team co-founder Rick Fox and former executive Jace Hall.

Riot said publicly that it had instructed Echo Fox to no longer associate with Raizada, or Riot Games would force the team owner to sell its franchise spot.

Chris Greeley, LCS head of league operations, wrote in a May 2019 statement that “hate speech, threats, and bigotry have no place in the LCS."

Echo Fox notified Riot Games last month that it planned to sell the spot to Kroenke Sports & Entertainment, but that deal was ultimately unsuccessful.

Riot Games is now stepping in to select an esports organization to take the vacant spot beginning Aug. 16, Greely said in a statement. According to the Riot statement, contenders will be evaluated based on their business plans, team operations and ownership profile before Riot makes a final decision.

“Our goal remains to have an orderly transition as we add a new LCS team ahead of the 2020 season,” Greely said in the statement.

Rick Fox began the process of divesting himself from the company in April, writing in a note to stakeholders that he would sell his shares and position in the general partnership, and “move on the first deal that sits well.”

“I will not support or be associated with such behavior and attitudes displayed at the shareholder level,” Fox wrote, adding that “racism is an anathema to what my personal brand strives for, and tolerating any form of discrimination such as this is not acceptable.”

The LCS is one of the oldest and most lucrative gaming tournaments and has given out roughly $3.5 million across 25 tournaments since its inception in 2013. Echo Fox has been a member of the LCS competition since 2016 and will receive "the bulk of the proceeds from the sale" once it is completed, Riot said.

CORRECTION: An earlier version of this story misidentified what entity Amit Raizada invested in. He invested in Echo Fox.