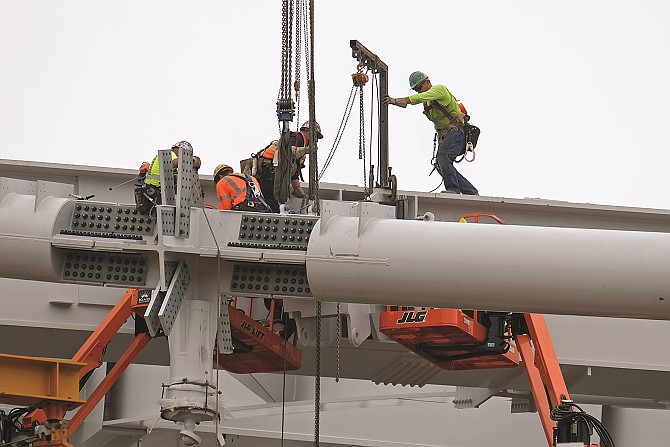 The company announced that Inglewood-headquartered Three Weavers Brewing Company, Long Beach-based Olympix Fitness, and Cinepolis, a movie theater exhibitor located in Morelia, Mexico, would each lease space at the facility.

The SoFi Stadium is scheduled to open in July 2020 and serve as host to 2020 Rams and Chargers home games.

The company also announced that Taylor Swift would kick off the facility's opening with concerts July 25 and 26 of 2020.

A LASED spokeswoman declined to say how much each of the businesses paid to lease the space.

The news comes two days after LASED said it sold stadium naming rights to SoFi Lending Corp. over the next 20 years for undisclosed financial terms.

LASED sold naming rights for its stadium plaza to American Airlines Inc. in July for what Bloomberg reported to be $90 million over 10 years, a figure LASED did not confirm.

SoFi Stadium construction is estimated to cost $5 billion by time of completion. The massive project has been a boon to Century City construction and engineering firm AECOM, which has served as a prime contractor and received an undisclosed cut of the $5 billion.

The stadium is also part of the changing character of Inglewood. For example, the 12-screen Cinepolis theater would serve as the only multiplex theater in Inglewood. The stadium also may host the Los Angeles Clippers National Basketball Association team in 2024 pending a court battle with Madison Square Garden Co.