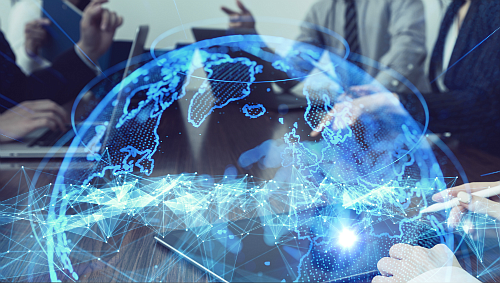 The LA region is the nation’s largest metropolitan export market, and one of the largest recipients of foreign direct investment.

According to several studies, workers in international trade-related jobs earn higher salaries than counterparts in other sectors of the economy. According to a report by the Brookings Institution, local exports directly account for over 300,000 local export production jobs, and directly support another 227,000 jobs throughout the nation.  The Chamber estimates that thousands of workers are being employed by foreign subsidiaries with commercial and industrial presence in the region.

The Los Angeles Area Chamber of Commerce works to encourage the White House, U.S. Congress and the U.S. Trade Representative to support the negotiation of fair and free trade agreements to increase employment through expanding international trade and investment.

One of the primary objectives of the Chamber’s Global Initiatives Council is the creation of jobs through expanding global trade and investment. It works to foster the development and provide access to international markets by local companies and maximize the region’s diverse resources to increase opportunities in the global economy.

The following is a list of recommendations, compiled by the Global Initiatives Council of the LA Area Chamber of Commerce.

• Urge the Administration to engage in constructive dialogue and negotiations with China to address legitimate concerns in a reasonable manner that will de-escalate the trade war and ensure a sustainable, mutually beneficial bilateral trade relationship between the U.S. and China.

• Ensure full U.S. engagement in modernizing the World Trade Organization (WTO) rules and regulations to strengthen the rule of law in the multi-lateral trading system; and urge the Administration to support the WTO dispute settlement system.

• Encourage the U.S. Government to establish a closer trade and investment relationship with the newly elected governments in Latin America.

• Urge the U.S. Government to suspend the aluminum and steel tariffs.

• Recommend that the U.S. make efforts to harmonize competition policy and antitrust standards as applied to technology companies to ensure consistent transparency and due process in all jurisdictions.

Information for this article was provided by the Los Angeles Area Chamber of Commerce. To learn more, visit lachamber.com.