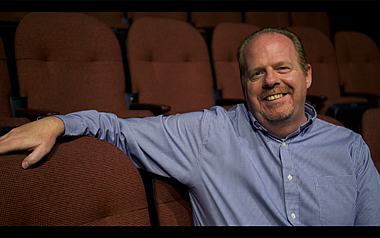 The Forum in Inglewood named a new head of operations, the third person in the role in as many years as the iconic venue faces new challenges.

The venue said Aug. 1 that Michael Fallon would become vice president of arena operations, effective immediately. Fallon has worked for the Forum’s parent company, New York-headquartered Madison Square Garden Co., for five years, serving as director of finance for MSG Live and helming the Forum’s venue operations before that.

MSG acquired the Forum in 2012, more than a decade after the Los Angeles Lakers and Los Angeles Kings departed the venue, which opened in 1967. MSG renovated the Forum and reopened it in 2014, reimagining the building as a music and entertainment hub.

In 2016, the Forum added Ultimate Fighting Championships Ltd. mixed martial arts to its lineup, and the arena has booked an increasing number of events each year since the renovation.

MSG’s revenue has grown in recent years, and the publicly traded company recorded a $141 million profit in 2018.

However, MSG is currently embroiled in a sweeping lawsuit against the City of Inglewood and a company representing the Los Angeles Clippers in the team’s efforts to build a new arena a mile away from the Forum.

A complaint from MSG alleges that Inglewood Mayor James Butts Jr. engaged in a “fraudulent scheme” to clear the way for a proposed Clippers arena, deceiving MSG about what the land would be used for.

A state court judge is scheduled to rule on the case’s legal merits in November.