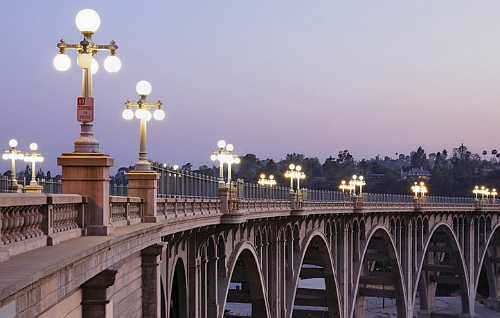 Pasadena is truly one of the Los Angeles region’s crown jewels. Here’s a look back at some details about the city’s origins and some facts you may not be aware of.

A severe Indiana winter during 1872-73 prompted a group of friends from Indianapolis to form an investment group with the purpose of moving to the warmer climate of Southern California. Sent to scout the area, D. M. Berry recommended purchasing a portion of the Rancho San Pasqual, which later became Pasadena.

One of the main reasons Pasadena was incorporated in 1886 was to abolish saloons and the sale of alcohol in the area. In February 1887, an ordinance was passed that banned liquor in Pasadena.

The word Pasadena literally means “valley” in the Ojibwa (Chippewa) Indian language, but it has been interpreted to mean “Crown of the Valley” and “Key of the Valley,” hence the adoption of both the crown and the key in the official city seal.

Pasadena, Texas was named after Pasadena, California because some thought that the areas resembled each other.

An asteroid was given the name Pasadena in 1980, in part because it is a middle-sized “suburban” asteroid eight miles (13 kilometers) in diameter.

The USS Pasadena SSN-752, a nuclear submarine, is the third Navy vessel and first submarine to carry the name of Pasadena. Commissioned in 1989, the submarine has been deployed several times, including the Persian Gulf in 1993. Currently based in Pearl Harbor, the football field sized sub is known for its speed and stealth, as well as, its advanced sonar capabilities and weaponry systems. The USS Pasadena was awarded the Submarine Squadron Seven Battle “E” Efficiency award for 1998.  The submarine’s insignia was originally designed by Walt Disney for the USS Pasadena (CL-65),a light cruiser that earned six battle stars during WW2, represented by the boxing turtle. The red rose ties the ship to the City of Pasadena.

The rose (no particular variety) was adopted as Pasadena’s official flower on September 22, 1961.

Naturalized parrots are frequently seen and heard around Pasadena. According to local legend, many were released during a 1959 fire which destroyed Simpson’s Gardenland and Bird Farm in Pasadena.  Some of the parrots were probably pets that escaped or were set free. Some may have been released by smugglers attempting to avoid arrest. One common breed is the Red-crowned parrot.

The Tournament of Roses annual parade of flower covered floats has been held in Pasadena since January 1, 1890. It was patterned after a European festival of roses and was meant to show off Pasadena’s natural beauty and sunny climate while most of the nation lay buried beneath snow.  Today, the 5.5 mile Tournament of Roses parade has magnificent floral floats, marching bands, equestrian units and public officials. Floats must be completely covered with flowers, greenery, or other natural material, with an average float requiring up to 100,000 blossoms. It is estimated that more than one half million roses in vials are used in each parade. The average cost of a finished float is between $75,000 and $250,000 depending on the size and mechanics of the float. About 1,000,000 people come to Pasadena to watch the Tournament of Roses.

Information provided by the City of Pasadena. Learn more by visiting cityofpasadena.net.