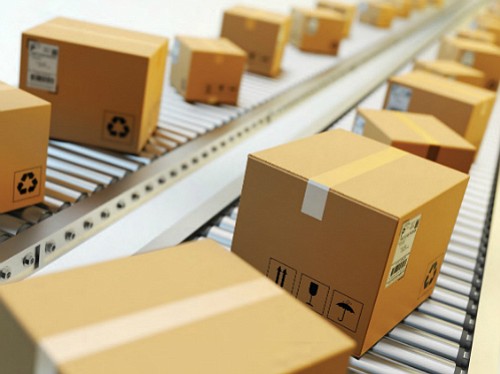 Middle market to bear disproportionate burden of adjustment As the United States inches perilously closer to a three-front trade war with its NAFTA trading partners, the EU and U.K., China, Japan and most of the economies situated along the Asian supply chain, the initial costs of the first few rounds of the prolonged trade spat are coming into view. Those costs will be concentrated in a number of critical industrial ecosystems. If the tariff policy is fully implemented, the costs will likely exceed $1.3 trillion with risk of a much greater hit to the U.S. economy than many are currently anticipating, and a premature end to the business cycle.

To date, the Trump administration has imposed roughly $105 billion of import taxes across the three large trade blocs and supply chains. Since retaliation in the early portion of the trade spat has been tit-for-tat, the additional $105 billion in global retaliation brings the early total hit on the U.S. economy to $210 billion.

So far these estimates have yet to show up in the hard economic data and have appeared only as anecdotal evidence in industry sentiment surveys and soft data. Even so, the impact of trade policy will begin to appear in the September and October U.S. economic data, especially in manufacturing, durable goods and retail, as well as in the third-quarter gross domestic product (GDP) report to be published on Oct. 26— just days before the U.S. congressional election.

If the administration follows through on all currently available tariff lines for import duties, the hit to the U.S. economy would be closer to $655 billion. Assuming continued in-kind retaliation, this would bring the total estimated impact to the economy to $1.31 trillion, excluding the possible effect of currency fluctuations and competitive currency devaluations. Our base case presented last year indicated that setting tariffs on all available imports is the demarcation point when a trade spat becomes a full-blown trade war.

Large, active multinational businesses are better prepared to endure the first few rounds of a trade spat than middle market companies. They typically have government affairs, customs and trade employees on their payrolls.

ON THE BRINK OF A TRADE WAR

If a full-blown trade war breaks out, the hit to the U.S. economy will be large and difficult to quantify, given uncertainty over how financial markets would react to the use of financial weapons and competitive currency devaluations. Recent depreciation in the value of the Chinese yuan, either due to the inability or unwillingness of the Chinese government to support the value of its currency, implies we may be closer to a trade war than is commonly acknowledged by the government, the corporate sector or investors.

In our core scenario—a limited trade spat that ends before a spillover into the financial sector—the costs to the United States are limited to near 0.4 percent of GDP between now and 2020. If the alternative scenario unfolds, involving an intensification of the trade spat and what in the 1930s were deemed beggar thy neighbor currency devaluations, the hit to the domestic U.S. economy would be closer to 1.8 percent of GDP with some risk of an even larger drag, and a possible premature end to the positive U.S. business cycle.

This forecast is based on our research that indicates an optimal tariff regime (the level of tariffs that maximize an economy’s welfare) is near 70 percent for the tradeable sector if a trade war occurs. While that percentage will vary across different industrial ecosystems, based on our interaction with U.S. federal agencies, we are confident our estimates are conservative. In the agricultural industry, for example, the optimal tariff rate is likely near 65 percent, an underlying concern for such a capital- intensive sector.

For example, China has slapped an additional 15 percent tariff on imported American- made wine, bringing the total tax to 65 percent. We anticipate retaliatory U.S. action on a range of Chinese imports to equal or exceed that level, which would cause damage to the U.S. economy and associated industrial ecosystems.

Importantly, as it stands, the present trade spat will not lead to a major macroeconomic event. Rather, it will produce a profoundly microeconomic supply shock as supply and value chains are disrupted and ex-post renegotiation of contracts between large and middle market businesses becomes the norm as prices increase. The potential microeconomic effects of the trade conflict are impossible to quantify for two reasons: first, the U.S. economy has not engaged in a trade war since the 1930s, when the United States passed the protectionist Smoot-Hawley Tariff Act. Given the advent of today’s global supply chains and deep integration of global financial markets, it is impossible with precision to predict the overall microeconomic impact. Second, damage to the economy will depend upon the relative elasticities (sensitivity to changes in prices) on both the supply and demand sides due to the tariffs, associated movements in currency valuations and overall financial conditions. If the current conflict escalates to a fullblown trade war, businesses should expect financial conditions to tighten noticeably.

The hit to the economy caused by the taxes on imports and exports will spread asymmetrically across the industrial ecosystems that make up the domestic economy. The major damage in the first phase will occur primarily in so-called A3 ecosystems: aerospace, agriculture and autos. More modestly hit will be the petrochemical industries—plastics, rubber, chemicals, mineral fluids and apparel—as well as the prepared food and beverage industries. In a second, more robust round of a trade war, all of those ecosystems would suffer, with the apparel and footwear industrial ecosystems likely to suffer a more significant supply shock.

In our previous work on a possible withdrawal of the United States from NAFTA, we noted that a disruption to the North American auto supply chain would result in an effective tax on all autos produced and purchased in the United States, Canada and Mexico of about $4,000 per vehicle. The Petersen Institute for International Economics estimates that if the administration follows through on its threat to impose a 25 percent tariff on all auto imports and parts, that amount would be about $4,400 per car, with a total cost to American consumers of roughly $83 billion dollars.

To put it in perspective, the average individual taxpayer received a tax cut of roughly $2,000 dollars following the 2017 Tax Cuts and Jobs Act. The imposition of such a significant levy on the import of all vehicles and parts would completely erase the gains in disposable income associated with the administration’s fiscal policy for the roughly 16.5 million auto purchases likely to take place in 2018 and 2019.

Based on our discussions with agency and administration officials over the past two months, it was strongly suggested that businesses with direct or even indirect exposure to the capital-intensive agricultural sector should begin thinking about aggressive mitigation efforts. This was before the administration announced recent plans to pay as much as $12 billion in relief funds to farmers hurt by the tariffs. Even so, the message of mitigation remains the same.

Officials also communicated that middle market businesses overall should begin to prepare for a protracted trade conflict. Currently, there is no strategic road map for the current trade spats and no easily identifiable offramps that would signal an end to the increasing trade frictions.

Joe Brusuelas is Chief Economist with RSM US LLP.