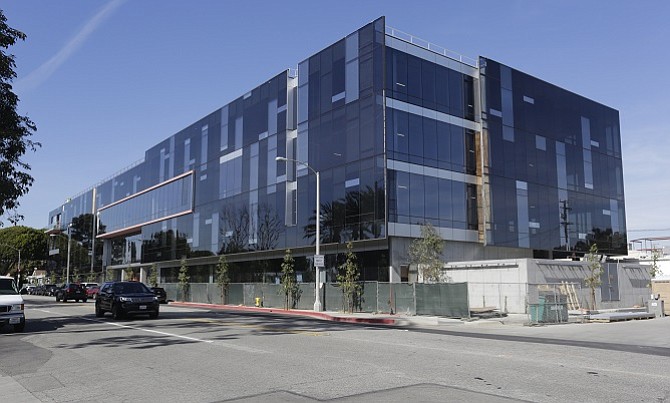 Demand for office space in Los Angeles County continued to be strong enough to push rents higher despite new supply coming onto the market in the third quarter.

Class A rents rose 23 cents year-over-year on average countywide in the third quarter, finishing the quarter at $3.87 per square foot.

Rents rose on an annualized basis in most submarkets throughout Los Angeles County.

Westside rents rose 5 cents in the third quarter compared to the prior period, and the vacancy rate fell 0.2 points to 13.3 percent.

Downtown Los Angeles rents rose 3 cents from the previous quarter to $3.58, a drop of a penny from a year earlier.

Net absorption – the net change in occupied space over a period of time – fell to negative 296,000 square feet as the vacancy rate rose to 15.1 percent from 14.9 percent during the third quarter. Second-quarter net absorption countywide was negative at nearly 13,500 square feet.

The net absorption rate continued to turn negative because of new office space being built, with around 81 percent of all office construction in Los Angeles County – nearly 1.9 million square feet – rising on the Westside and Hollywood, with 885,000 and 976,000 square feet, respectively.

Net absorption was positive in downtown at 88,300 square feet in the third quarter. The 116,000 square feet under construction in the area was due to the renovation of the Herald Examiner Building at 1111 S. Broadway. Arizona State University has announced plans to occupy the vast majority of the property, which has sat mostly unused since the Herald Examiner newspaper closed operations in 1989.

The Tri-Cities submarket of Burbank, Glendale and Pasadena saw net absorption turn negative with 129,100 square feet – most of it in Glendale, where Nestle USA is relocating its U.S. headquarters. Yet office rents rose 2 cents quarter over quarter.

“The most alarming statistic (of the third quarter) primarily relates to the fact that L.A. County is experiencing peak rates in most submarkets and continued exponential demand, and yet, there is only 2.3 million square feet of new office construction under way,” said Josh Wrobel, a managing director at Jones Lang LaSalle Inc., which provided the data, via email.

Rising rents are likely to continue for office tenants, with close to double-digit increases possible in submarkets that hit single-digit vacancies, Wrobel said.

The biggest appetites for office real estate in Los Angeles County have come from content creation companies such as Netflix Inc., Apple Inc., and Amazon.com Inc.

Los Gatos-based Netflix went from a renter of 20,000 square feet of office space in Beverly Hills to upwards of 1 million square feet in Hollywood. Apple and Amazon are expanding in Culver City while Facebook Inc. reportedly is close to leasing the majority of Playa Vista’s Brickyard project.

Co-working companies, led by New York-based WeWork Cos. Inc., also are grabbing what space is available.

Meanwhile, traditional office tenants such as banks, law firms and accounting firms either are trimming their footprint or not expanding, according to Andrew Lustgarten, a senior managing director at Savills Studley.

Various projects are scheduled to break ground this year and in 2019 with the bulk of development concentrated in media- and technology-rich submarkets such as Culver City and Hollywood, Wrobel said.

The Westside and Hollywood remain popular destinations, but downtown offers relative bargains for some tenants, including Spotify Technology, which signed a lease for nearly 110,000 square feet in the At Mateo complex in the Arts District.

“They can go from $5 (per square foot)rents to $3.50 rents and shrink their space for more efficiency on one floor,” said Jonathan Larsen, principal and managing director at Avison Young.

The local office market remains strong, but possible headwinds include rising interest rates, low unemployment that pushes up construction costs and makes it difficult to find labor, and California’s political climate regarding housing. Proposition 10, which is on the Nov. 6 ballot,

“Everyone’s a little bit leery about some of the things going on in L.A. with some of the propositions proposed,” said Chris Runyen, a senior managing director at Charles Dunn Co.

L.A. County’s tight industrial market tightened further in the third quarter, with a 1.3 percent vacancy rate that was a 0.1-point decline from the previous quarter.

The hot demand for industrial property was highlighted by the sale of Echelon Business Park – seven industrial buildings owned by Dedeaux Properties, a Commerce-based real estate firm. The buildings were under contract for sale since last year, before their foundations had been laid.

The growth of Amazon.com Inc. and other e-commerce companies continues to drive vacancy rates downward and rents upward.

“When you look at the L.A. County submarkets, there is virtually no space to continue to supply the growth of e-commerce and early-stage omnichannel requirements,” said Bret Hardy, an executive managing director at Newmark Knight Frank.

Though most industrial tenants opt to renew their leases, sometimes years in advance, other companies seeking to expand either must pay a premium in rent or move outside Los Angeles County.

“Lack of quality choice in the market will leave users that want to expand being put in a really difficult spot,” Hardy said