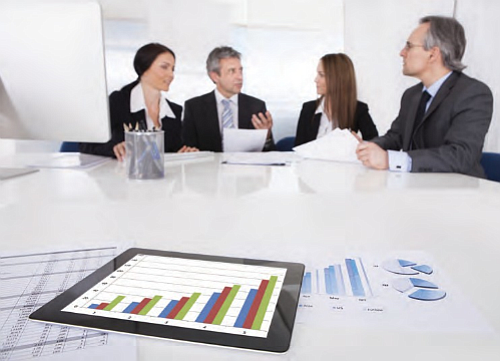 Despite expected growth in the use of financial technologies such as blockchain, many American firms say they don’t expect it to disrupt their business models while those who do are slow to respond.

Also, more than 40 percent of U.S. companies say they plan to boost wages and 38 percent will increase hiring in 2018 because of recent tax reform, according to results of the Duke University “CFO Global Business Outlook” survey.

The survey’s CFO Optimism Index - now at an all-time high -- is an accurate predictor of hiring plans and overall GDP growth.

The survey has been conducted for 88 consecutive quarters and spans the globe, making it the world’s longest-running and most comprehensive research on senior finance executives. The survey ended March 2. Results are for the U.S. unless stated otherwise.

Many CFOs say innovations such as cryptocurrencies and the blockchain technology that underpins them will not affect their businesses. Among those who do see disruption ahead, few are responding quickly.

Only 3 percent of CFOs say they understand blockchain.

“The U.S. needs to wake up in the fintech space,” said Cam Harvey, a founding director of the survey, who teaches a blockchain innovation course at Duke’s Fuqua School of Business. “China is doing nearly $10 trillion in mobile payments, while the U.S. is barely over $100 billion. Most of the big innovations over the past 25 years have originated in the U.S., but this time is different. There is a lot at stake and, right now, it looks like China will be eating our lunch.”

“Finance back-office jobs are low-hanging fruit for the fintech disruption,” Harvey said. “It’s logical to expect that 70 percent of firms will cut finance employees, not the other way around.”

Nearly 20 percent European CFOs say they understand blockchain technology well, up from only 8 percent who said they did two years ago. Thirty-seven percent say they are working on or already conducting big data analysis, about the same as two years ago.

Sixty-six percent of U.S. CFOs say corporate tax reform is helping their companies, with 36 percent saying the overall benefit is medium or large.

“Some benefits of tax reform are already being felt, while others will unfold over the next several years,” said John Graham, a finance professor at Fuqua and director of the survey. “Among other things, U.S. companies say tax reform will lead to greater profitability, investment, hiring and wages.”

Due to tax reform, the effective (or average) tax rate for U.S. companies is expected to fall by about 5 percent, from 24 percent to 18.8 percent.

The Optimism Index in the U.S. increased to 71 on a 100-point scale this quarter, an alltime high.

“The extremely high level of business optimism is tied to the recently passed corporate tax reform,” Graham said. “Our analysis of past results shows the CFO Optimism Index is an accurate predictor of future economic growth and hiring, therefore 2018 looks to be a very promising year.”

Optimism is up around the world, anticipating strong global economic conditions.

The proportion of firms indicating they are having difficulty hiring and retaining qualified employees remains at a two-decade high, with 45 percent of CFOs calling it a top concern, up from 43 percent last quarter. The median U.S. firm says it plans to increase employment by a median 3 percent in 2018.

U.S. companies expect to pay higher wages, with median wage growth of about 3 percent over the next 12 months. Wage growth should be strongest in the tech, energy and service/ consulting industries.

After difficulty finding the right employees, the next largest concern among U.S. CFOs is the cost of benefits, with health care costs expected to rise by more than 7 percent next year. Concern about government policies, regulations and data security are the next biggest concerns.

Optimism in Europe remains high at 67 this quarter. UK CFOs have lower optimism at 60. Capital spending is expected to grow at about 5 percent in 2018, and employment should remain flat. For the third consecutive quarter, and only the third time ever, the top concern among European CFOs is attracting and retaining qualified employees, followed by regulatory requirements, government policies and economic uncertainty. More than onefourth of European CFOs say the lower U.S. tax rate makes the U.S. a more attractive place to invest.

Optimism in Asia fell from 66 last quarter to 61 this quarter. Economic uncertainty, access to capital, difficulty attracting qualified employees, low employee morale and currency risk are top concerns in the region. Capital spending is expected to grow about 10 percent, and employment 3 percent, in 2018. Thirteen percent of Asian CFOs say they understand blockchain technology well, and 36 percent say they are working on or already conduct big data analysis. Half say the lower U.S. tax rate makes it a more attractive place to invest.

Every quarter Duke CFO Global Business Outlook polls approximately 1,000 chief financial officers around the world to gauge the prospects of individual companies and the economy at large. This is the 88th consecutive quarter the Duke University/CFO Global Business Outlook survey has been conducted. The survey generated responses from more than 600 CFOs, including nearly 300 from North America, 63 from Asia, 106 from Europe, 86 from Latin America and 47 from Africa. The Duke University/CFO Global Business Outlook survey polls a wide range of companies (public and private, small and large, many industries, etc.), with the distribution of responding firm characteristics presented in online tables. The responses are representative of the population of CFOs are surveyed.