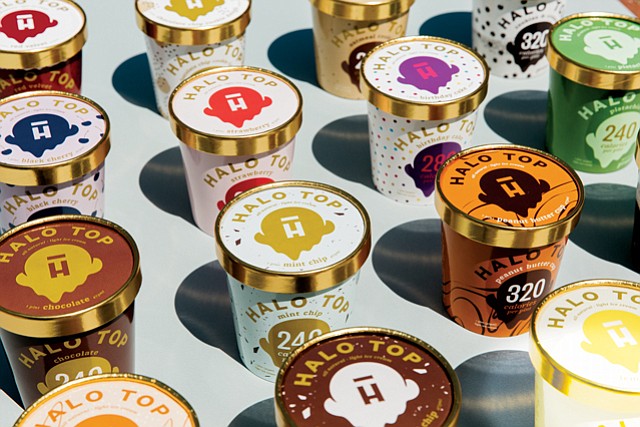 Halo Top Creamery seems to have found the winning formula.

Halo Top President and Chief Operating Officer Doug Bouton described the low-fat ice cream-maker as “very analytical,” relying on customer data to drive its sales growth. The company gained notoriety as a social media brand but is now expanding toward other more traditional advertising methods as a way to keep increasing market penetration.

“We are trying to do a test-and-learn system with more typical strategies,” Bouton said. “We’re going to look at television ads as well as ads in public spaces. Our goal is to be a household name just like Ben & Jerry’s.”

The 100 companies on the 2018 fastest growing list saw an average revenue growth of 341.5 percent, with the top five companies averaging a 4,468.1 percent increase. Halo Top’s five-figure growth was head-and-shoulders above the pack, but No. 2 ranked NMS Capital Group, a Beverly Hills-based investment banking and securities brokerage firm, cracked the four-figure mark with a healthy 2,589 percent spike in revenue to $17.5 million in 2017 from $700,000 in 2015. No. 3 SnackNation, a Culver City-based snack curation and delivery service, saw its revenue increase 831 percent to $16.9 million in 2017; Pasadena-headquartered digital advertising agency Fox Dealer Inc. clocked in at No. 4 with 761 percent growth and $18.7 million in 2017 revenue; and private real estate lender Anchor Loans Inc., of Calabasas, rounded out the top five with 539 percent growth to $122.6 million in 2017 revenue.

Companies on the list combined for $7.4 billion in revenue in 2017 – more than double the combined revenue of companies on last year’s fastest growing private companies list. That number was helped by the inclusion this year of Mid-Wilshire-based Westlake Financial Services, which saw its revenue grow to $1.1 billion from $738.7 million, or 52 percent, good for No. 80 on the list (for more on Westlake, see page 16).

Rapid growth can boost a company to new heights, but there are also pitfalls for both upstart and established firms. Rising demand for products requires a robust, efficient supply chain, a steady stream of qualified workers and navigating new regulatory oversight. For newer companies, this can prove especially challenging.

Halo Top’s Bouton said the firm, founded in 2012, is running up against supply chain challenges as it continues its international expansion. Halo Top sells domestically and in Canada, Australia and the United Kingdom already, but Bouton said there are some geographic limits.

“Some countries or territories don’t have the best frozen infrastructure set up, so it’s difficult to find those types of supply chains,” he said, pointing to South America, which doesn’t have the same proliferation of frozen storage and transport as the United States.

SnackNation, which was founded in 2014 and is more logistics and data analytics firm than retailer or food company, is monitoring its U.S. supply chain closely as well (see related story page 11).

Steve Pollack, chief executive of Anchor Loans, which was founded in 1998, said being an established company helps it weather financial ups and downs. Anchor Loans currently prioritizes what Pollack calls the “fix and flip” industry – lending to individuals who use the cash to buy and flip houses for profit. Anchor Loans gets paid via financing fees and loan interest.

“We believe being battle-tested through two economic downturns (the dotcom bust and 2008 housing crisis), weathering them well for our investors and understanding proper risk return (to build) out appropriate risk mitigation factors has helped us tremendously,” Pollack said. “Our skills were put to the test, and we came through, and I believe that will happen again with the next bubble. If all a company experiences is good economic times and growth, your evaluation of being a leader has not been tested.”

“We have been very much involved with the revitalization of the whole city,” he said. “We started with a primary property located in the inner city. You could go down the street and see several houses we financed that went from being eyesores foreclosed by (the U.S. Department of Housing and Urban Development) in the early 90s to good livable houses.”