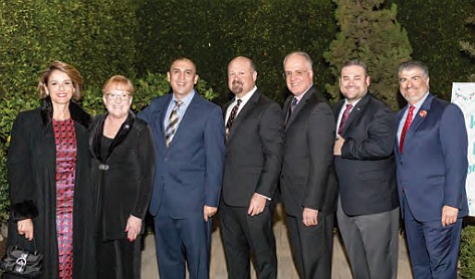 In October 1971, Jennie and Gilbert de Cardenas immigrated to the U.S. from Cuba. Chasing the American dream, Gilbert worked odds jobs to support his family until he found his opportunity while shopping in a small family grocery. They were sampling the grocer’s Queso Fresco and after just one taste, Gilbert knew he could do better. With only $1,500 in his pocket and a big leap of faith, Gilbert began producing his own Queso Fresco and, in 1973, Cacique was born. Gilbert and his son, Gil, started selling cheese door to door in downtown Los Angeles. For 18 months, Gilbert did this with just the support of his wife and children before finally hiring his first employee.

In 1973, Cacique opened its first plant in Lakewood. Over the next few years, the plant moved to several locations in Southern California, until ultimately ending up in the City of Industry in 1985. As the company grew, Cacique continued to invest in technology, including pioneering vacuum seal packages that first allowed the brand to boast a shelf life 30 to 45 days longer than that of its competitors. To this day, Cacique’s fresh cheese continues to have the longest shelf life on the market.

In 2016, Cacique’s headquarters moved to Monrovia, which is in close proximity to the plant. Today, Cacique products are distributed to over 25,000 retailers across the U.S. and Cacique is the leading brand in the Mexican-style cheese, cream and sausage category. Cacique is among the largest and most recognized Hispanic food brands in the U.S. market with strong distribution from Boston to Los Angeles, and all points in between. Through it all, the Cacique team maintains its dedication to the company’s values set by the original founders: Family, Integrity, Quality and Authenticity.