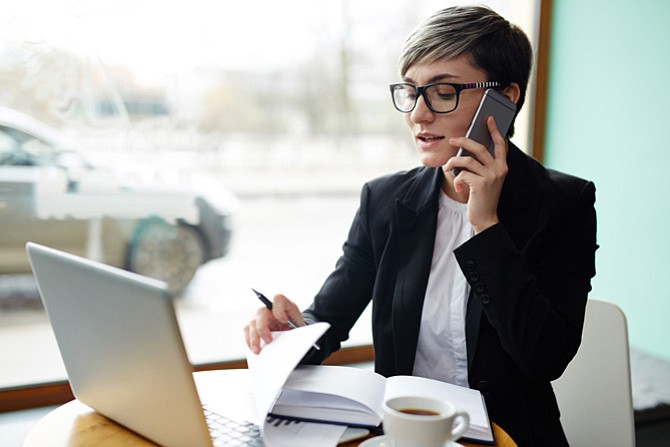 The worst gift I ever got when I first made partner is a mug that said “Lady Boss” on it. I put it back in its box and decided it’s not coming out to see the light of day until I first see mugs with “Male Boss” on them. That day has not come and is not likely to.

By way of background, I am an attorney and have been for over twenty years. I have never referred to myself as a “female attorney” or a “woman lawyer.” However, as an attorney who represents businesses in workplace related legal matters, I am acutely aware that many women are viewed as “women professionals” whereas men are viewed as, simply, professionals. I was troubled by this when, as a young attorney, I was told that I looked too “feminine” to be a litigator. Troubled because it implied that you could not be an effective litigator if you were feminine. Troubled because if you’ve come across me as a litigator, you know I am a rock-wall protecting my clients.

So, what do women and men do to push our business reality beyond its persistent sexism?

The first step is to admit it’s real and it’s pervasive. I know it’s real from personal experience, but that’s easily dismissed as anecdotal. I know it’s real because, last year, two female entrepreneurs in Los Angeles could get no traction in launching their business until they invented a strawman surrogate and successfully used “his” name and email to get the kind of attention they were denied on their own. (Read about this great story in the 8-29-2017 Fast Company article, “These Women Entrepreneurs Created a Fake Male Cofounder to Dodge Startup Sexism.”)

I know it’s real because, twenty years after I became an attorney, I was still sitting on a panel of the LABJ’s Women’s Council & Awards event and heard one incredible professional woman after another talk about how challenging it is to be one. While bonding with other women over the disappointing lack of progress is uplifting and inspiring, it was utterly disappointing to see that I could count the number of men in the room on one hand.

It will take both women and men to acknowledge the problem is real.

It will take women who have the courage to admit they need help, to help raise up other women at every opportunity, and to stop the self-doubt that keeps them from believing they deserve to be at the important meeting, in the important deal, on the important case. Such women exist, but they need to be louder and more confident.

It will take men whose egos are not threatened by smart and capable women, men who are capable of questioning their own implicit biases and rising above them, men who don’t fear having professional lunch with women, and men who acknowledge the innate privilege of being men. Such men exist, but they need to be louder and more proactive.

Until we have enough such women and men that we have no need for “Lady Boss” mugs, I will keep seeing you at the LABJ Annual Women’s Council & Awards events.

Karina B. Sterman, Esq., is a Partner with Greenberg Glusker LLP.