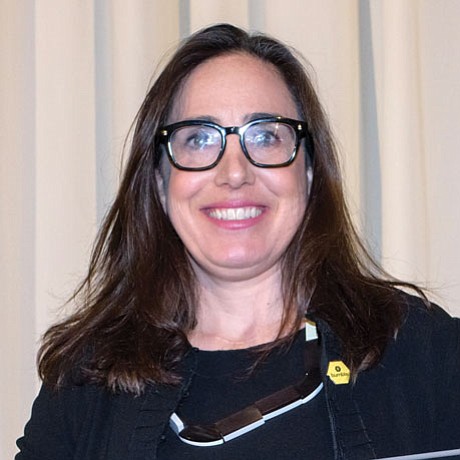 Gillian Zucker is in her fourth season as President of Business Operations of the L.A. Clippers. She brings a fan-first philosophy to the team, and is committed to positioning the Clippers as a world-class sports organization that can impact communities on the court and beyond. Recognized by Forbes as one of the most powerful women in sports, Zucker also leads the largest female leadership team in the NBA and is currently the league’s only female president.

Earlier this year, Zucker and her team partnered with the female-first social network Bumble, to bring together two organizations with shared values and strong women leadership. As a first-of-its-kind, the Bumble “Empowerment Badge” is now featured on Clippers team uniforms to inspire communities to value women in personal and professional situations. In the coming months, the Clippers plan to expand their efforts in advancing gender equality by including female-focused programming and launching initiatives geared towards empowering women and girls.

Previously, Zucker led the re-launch of the L.A. Clippers Foundation. From 2016-17, the Foundation’s efforts impacted more than 480,000 lives in the Greater Los Angeles region, primarily focused in the areas of education, health, and wellness. Since, the Foundation has launched major initiatives, including a partnership with Vision To Learn, which provided vision services to 80,000 students in Long Beach in 2016 and 12,000 students in Inglewood in 2017 and is now tackling the Los Angeles Unified School District, providing free glasses and vision screenings for its more than 600,000 students.