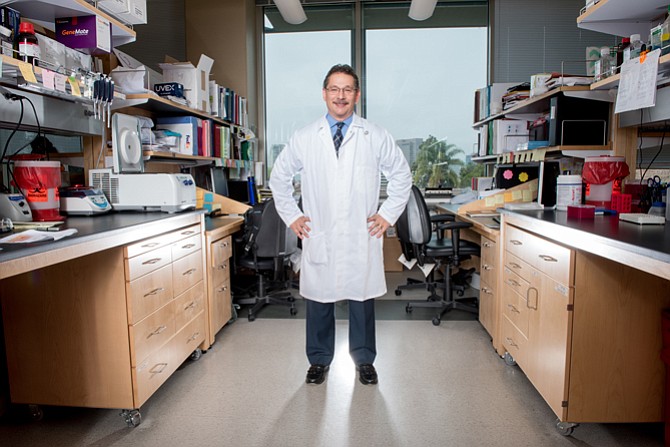 A $3 billion initiative to fund stem cell research that has funneled more than $620 million into Los Angeles County institutions to study potential cures for ailments ranging from cancer to immune diseases is slated to peter out next year.

Biotech leaders across California want the research to continue, and are looking for ways to raise hundreds of millions in private capital to shore up the state’s stem cell agency, which doles out the grant money. The private funds would act as a stopgap measure ahead of a $5 billion ballot measure industry leaders plan to put on the 2020 ballot.

Without a new source of funds, the voter-approved agency – known as California Institute of Regenerative Medicine, or CIRM – will run out of cash to support stem cell research that backers claim has already transformed medicine.

That would slow stem cell research generally, and could hurt local academic and medical centers, such as UCLA, USC and City of Hope, and Los Angeles-based companies, who all rely on capital from the state.

“CIRM is the largest funder of stem cell research anywhere – its impact in the field of medical research is transformative,” said Jonathan Thomas, chairman of the CIRM governing board and a founding partner of Saybrook Capital, a private equity firm based in West Los Angeles. “The bottom line is we have had a dramatic effect in funding top-tier research in regenerative medicine, in the nation and Los Angeles County. It’s absolutely revolutionized medicine.”

The research has resulted in 2,700 peer-reviewed published stem cell disclosures and nearly 450 stem-cell related inventions, including dozens of disclosures with patents pending.

Roughly a quarter of the total CIRM research dollars distributed so far – or $621.2 million, according to a Business Journal analysis – has gone to Los Angeles County-based institutions and companies. Another $80 million in public funds has been spent on local stem cell facilities and equipment.

UCLA ranked second in the state as a recipient of the funds, with 108 awards totaling nearly $285 million, behind only Stanford Univesity. Others research institutions such as USC, City of Hope, Cedars-Sinai and Children’s Hospital Los Angeles also have seen significant awards.

More recent grants have been tipped toward private companies in hopes of building off the academic base of research.

“We’ve created a powerhouse of academic research, with tremendous high-level talent that has attracted scientists from around the world,” said Joe Panetta, chief executive for San Diego-based Biocom, a statewide advocacy group for biotech, who also serves on the CIRM governing board. “With a new bond measure, we can keep doing what they do best.”

CIRM was created 14 years ago when California voters overwhelmingly approved the $3 billion bond measure for stem cell research and facilities across the state in response to federal restrictions on the practice imposed by administration of then-president George W. Bush.

The agency has since distributed $2.4 billion in 921 grants to 112 California institutions and private companies.

Now the Oakland-based agency is down to its last $335 million, with grants poised to run out by the end of 2019.

Robert Klein, a real estate investment banker and founder of Klein Financial Corp. in Palo Alto led the initial campaign to create CIRM, which he served for term as chairman. Klein also serves as president and founder of Americans for Cures, a stem cell advocacy group, and has vowed to help raise $222 million to bridge an expected budget gap for operations and grants before a bond measure push. Klein also is the principal architect of the push for another state bond measure. He said he plans to help raise an additional $50 million to gather enough signatures to put a $5 billion stem cell initiative on the ballot in November 2020.

“The key component, from a business point of view, is this is the intellectual capital that will drive our healthcare through the 21st Century,” he said. “This is an infrastructure critical to drive a revolution in medicine until it’s fully sustainable without any state funding.”

Research into stem cell treatments is in relatively early stages, making it hard to demonstrate the sort of tangible progress that might readily sway voters, backers said.

A push for a new bond measure might face a challenge left over from the prior approval from voters – the 2004 stem cell campaign might have suggested miraculous cures were in sight, and the ensuing research has not yet resulted in any widespread treatments.

“It takes 12 to 15 years to bring a new drug to market,” Panetta of Biocom said. “So the expectation that in 14 years we’d have new regenerative drugs and technologies was too high. While we may have not got to the point where these cures exist, we are a lot closer than we would have been had we not made this investment.”

Scientists claim early results show that regenerative medicine – of which stem cells are a key component – can be more effective than many medical procedures in treating the root causes of many injuries, congenital conditions and some diseases. Stem cells serve as a kind of internal repair system, dividing without limit to replenish other cells organically instead of addressing symptoms with treatments that act on the human body,

Among the premier research centers for stem cell research in Los Angeles County are CIRM-funded institutes at UCLA and USC, which were also supported by $50 million from the Eli and Edythe Broad Foundation.

City of Hope, a manufacturing center for stem cells throughout the western United States, also hosts one of many CIRM-funded clinics that serve as one-stop shop for medical stem cell research. UCLA and University of California-Irvine jointly host another.

The Duarte-based Alpha Clinic for Cell Therapy and Innovation at City of Hope now has 23 active clinical trials – more than any CIRM-funded alpha clinic across the state. Many focus on new T-cell immunotherapies for cancer. Its researchers have filed 16 inventions, with 14 patents pending.

“The alpha clinics have provided an extraordinary nexus for doing it right,” said Dr. Joseph Alvarnas, director of value-based analytics and clinical quality for the stem cell clinic. “We are here to create new technology to meet unmet cancer care needs, that’s the alpha mission. The omega’s when everybody cured and we can go home.”

Scientists at the UCLA Broad Stem Cell Research Center have delved into finding cures for scores of intractable diseases, from the first genetically engineered blood stem cell clinical trial announced last fall to the first cells that could enable a sense of touch in paralyzed patients announced last week.

But the biggest breakthrough have resulted from clinical trials led by Dr. Donald Kohn that have cured more than 40 babies born with the immunodeficiency condition ADA-SCID, more commonly known as bubble baby disease, an often fatal illness. The treatment removes blood-forming stem cells, repairs the broken genes, then transplants them back into the baby.

Steven Peckman, deputy director of the UCLA Broad center, said breakthroughs like Kohn’s are possible because of public funds.

“Proposition 71 has delivered on the promise of pushing stem cell research forward to create treatments and cures for diseases,” said “You plant the seeds. The trees are just beginning to grow. And we’re already beginning to see the fruits of our investment.