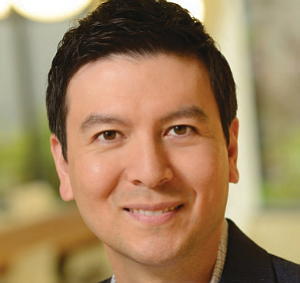 Chadwick Ho is Senior Vice President and General Counsel of Hulu. In addition to being responsible for all aspects of Hulu’s business, legal and government affairs, including corporate governance and operations, business transactions, intellectual property, litigation and regulatory matters, he also serves as Corporate Secretary to Hulu’s Board of Directors.

Ho’s career began at Hulu nine years ago – when he joined the team as employee #17. When he began, he was the only lawyer at Hulu and the company was two weeks away from launching it’s free streaming service. Nine years later, he has built out a team of over 30 lawyers, launched Hulu’s free and subscription streaming service, negotiated the commercial contracts for Hulu’s content, distribution and advertising deals, and advised on hundreds of matters regarding Hulu’s tech, product and marketing team to build and promote all branches of the Hulu service.

Since Hulu sits at the intersection of entertainment and technology, Ho’s daily duties go beyond entertainment matters. The job includes content deals, negotiating advertising deals to help fund the service and even licensing the backend technology that Hulu runs on.

Ho leads a full service department that’s responsible for any and all legal issues that hit the company – including commercial deals, IP and advertising. And, Hulu is both an aggregator and distributor of content, making deals even more complicated for content owners who may have not licensing content to a service like Hulu. Ho works with hundreds of content partners to draft and negotiate terms that do not disrupt the ecosystem, but rather build it up as a whole.