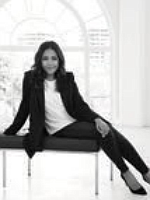 In late 2016, Khloe Kardashian and Emma Grede launched a denim line called Good American. It was an immediate hit not just because it had a Kardashian’s name attached to it, but also because it launched in a 00-24 size range right off the bat. It also reflected inclusiveness with a diverse group of women modeling the designs. According to the brand, it was the most successful denim launch of all time, bringing in $1 million in one day. Grede and Kardashian both believed that there was something missing in the premium denim space for the woman with the curvier shape and hence the launch of the Good American label. The company started out with the online only business model and is now also available at Nordstrom and other high-end department stores. In a two-year period, the company has grown from a startup to a brand that has revenues north of $30 million.