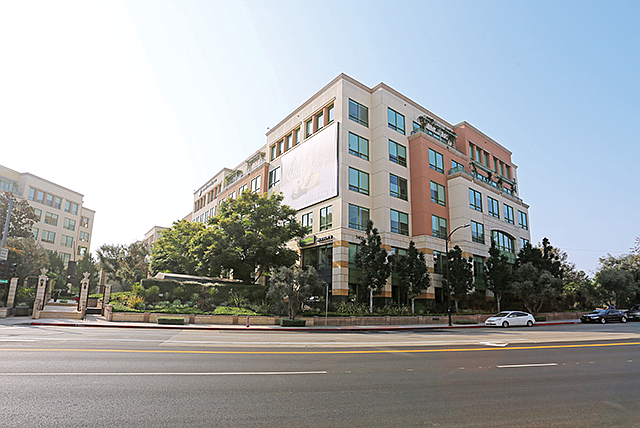 The fate of Los Angeles’ radio airwaves is being hammered out thousands of miles away from here.

San Antonio-based iHeartMedia Inc. and Philadelphia’s Entercom Communications Corp. together own eight of the top 10 radio stations in L.A., and both companies are on shaky financial footing.

IHeart has been mired in Chapter 11 bankruptcy proceedings in a Texas courtroom since March. And Entercom, which acquired CBS Radio Inc. last year for about $1 billion in stock, has seen its revenue and share price decline since the deal.

“The five-million-dollar question,” for the Los Angeles media market, is whether either company’s financial troubles triggers it to sell off stations, said Adam Jacobson, of the Radio & Television Business Report trade publication.

If either company were to shed one or more of its local stations, that could reduce the number of radio choices in the L.A. market, home to the nation’s second-largest population of listeners, many of whom spend hours in their cars each day. Alternatively, a sell-off might present an opening for locally based content providers to bring more unique programming to the airwaves.

For now, both companies say they have no plans to sell stations.

Both companies have taken advantage of their scale in L.A., operating shared studios and office spaces – iHeart’s in Burbank and Entercom’s in Mid-Wilshire.

The genesis of iHeart’s current financial troubles came a decade ago. Private equity investors Thomas H. Lee Partners and Bain Capital in 2008 bought a controlling stake in iHeart and saddled the company with billions of dollars of debt.

Those woes never subsided as the economy recovered. In 2017 alone, iHeart racked up an additional $1.4 billion in debt on interest payments, the company reported to the Securities and Exchange Commission, bringing its debt total to roughly $16 billion. Facing mounting payments, iHeart bit the bullet in March and filed for Chapter 11 bankruptcy protection.

Last week, iHeart said in a press release that nearly all of its creditors and shareholders had approved the company’s plan to restructure its debt. Under that plan, iHeart would scale down its outstanding debt from $16.1 billion to $5.8 billion. For now, the reorganization doesn’t include any plans to sell stations or cut station budgets.

“There are substantial incentives to retain the profitable radio stations together for their operational synergies and efficiencies,” Bregman said.

There are, however, factors that could complicate iHeart’s removal from bankruptcy without selling assets. One creditor, Delaware firm Wilmington Savings Fund Society, has filed a lawsuit against iHeart in bankruptcy court, claiming the media company owes hundreds of millions of dollars from loans Wilmington made to it in the 1990s. The Delaware investment outfit claims it should not be held to the same standard as creditors involved with iHeart during the Great Recession period.

At the same time, a potential new controlling shareholder could change iHeart’s plans.

IHeart spokeswoman Wendy Goldberg declined to comment on how either the Wilmington Savings lawsuit, or a possible new controlling shareholder, could undermine iHeart’s plan to leave bankruptcy.

In an email, Goldberg wrote, “All our stations have operated as usual since last March. Our operating business continues to be strong, and the high listenership to our radio stations in Los Angeles reflects that.”

Despite entering bankruptcy proceedings, iHeart’s income has grown over the past year while its main competitor in the L.A. market, Entercom, has struggled.

In the third quarter of this year, revenue from iHeart’s operations rose 3 percent to $1.58 billion from same period last year. Entercom’s revenue, by contrast, declined 4 percent year-over year to $378 million in the third quarter.

IHeart’s financial instability should be an opportunity for Entercom to emerge as the No. 1 player in the Los Angeles radio market, Jacobson said. However, Entercom’s performance since its acquisition of CBS Radio has lagged.

The company also assumed $1.2 billion in debt in acquiring CBS Radio, and its stock price has tumbled to $6.36 per share at close of business Dec. 4, compared to $14.80 a share one year earlier.

Entercom did not return messages about the company’s recent financial performance and stock price, but spokeswoman Esther-Mireya Tejeda said in an interview earlier this year that Entercom had the strongest balance sheet among the radio industry’s major players.